Will you miss Sumit Sambhal Lega?

Sumit Sambhal Lega which premiered on 31 August 2015 on STAR Plus, follows the story of a Punjabi family in Delhi. The show stars Namit Das, Manasi Parekh Gohil, Satish Kaushik, Vikram Kochhar and Bharati Achrekar in lead roles. The show offers a light-hearted take on how after marriage, a man often finds himself caught between the two most important ladies of his life. Sumit tries to tackle his mother and his wife without bruising either’s ego. 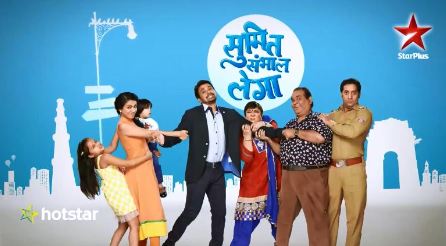 Sumit’s crazy Walia family brings some delight in tough situations. Problems pop up unexpected and uninvited. Sumit’s show was not accepted earlier, while it was hugely compared with the original series. Everybody loves Raymond. Sumit Sambhal Lega is the Hindi Adaptation of the same.

Sumit’s elder brother Rajneesh was jealous of Sumit, who got Dolly’s love and a happy married life. The show then brought lady love in Rajneesh’s life. Rajneesh and Simran get married, after the tracks of their families ended. Sumit’s good speech in marriage track was entertaining. The show will be wrapping up this month. Its rumored that Sumit Sambhal Lega will be back with another season in few months. The viewers liked the show which picked up slowly, but well. Will you miss Sumit Sambhal Lega? Let us know in this poll. You may leave comment as well.