Hai friends. Here is another new ff. It is based on Mishbir. The story is inspired from the crux of the movie KAATRU VELIYIDAI in Tamil. Nothing else from the movie will be seen here. Few other characters apart from Mishbir are taken from other serials. Rajvanshi or Maheshwari family will not be seen here. Let’s go to story where I will introduce the characters to you.

Its a labour ward in the hospital. A girl is under labour pain and a doctor is assisting her. The doctor is Preesha and the girl in labour is Mishti.

After sometime Mishti delivers a baby girl.
Preesha: Mishti..congratulations you have a baby girl

Mishti looks at the child with tears in her eyes. The scene freezes.

5 years later. Mishti and Preesha are working in a hospital in Chennai which is  Preesha’s home town. Preesha is married to Rudraksh and has a son named Saraansh. 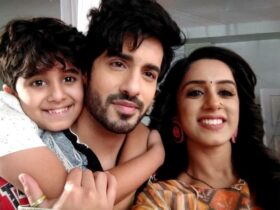 Mishti is living alone with her daughter whom she had named Rithu.
Rithu and Saraansh rush home from school. Rithu goes to Mishti with tears 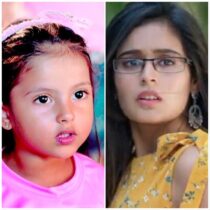 Rithu: Muma..we have a PTM in school tomorrow everyone will come with their dad what will I do

Mishti is also sad hearing this when Rudra comes there

Rudra: Rithu beta tell your friends that my muma is also my papa

Rudra: Yesterday I showed you a movie na..in that hero played double action right in the same way

Rithu gets excited hearing this and runs inside. Mishti is still there with a confusion and sadness.

Preesha: Mishti how long will you hide this from her 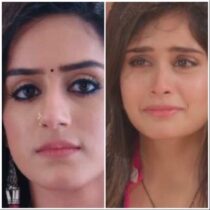 Mishti: What else can I do Preesha. Lieutenant Abir Mehra never wanted to accept her. He doesn’t even know that she is alive and I don’t know whether he is alive for the past 5 years. How will I give hope to this child. Even if he is alive I won’t be sure whether he will accept her.
Mishti cries and runs inside. Preesha gets sad when Rudra consoles her. The scene freezes.

Scene shifts to Kashmir. A grand ceremony is organised by the airforce department for the safe arrival of Abir from the jail of the enemies after 5 years and 9 months. Once the function gets over Abir rushes to Mishti’s address in Kashmir.

He is disappointed to know that she had left years ago.  Abir rushes to the hospital in search of Preesha and Mishti but he faces disappointment again.
Rahul: Abir..don’t worry man we will find your Mishti again

Abir: I know the reason behind all this..it’s all my ego.my make chauvinism which made her leave me..maybe she thought that I’m dead in the war and she …. 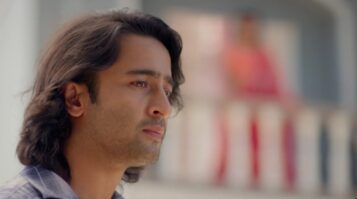 Rahul: Abir control yourself. You are back to peace after so long. First relax yourself then we can search for Mishti

Rahul takes Abir with him. The scene freezes.

Scene shifts to Mishti’s bedroom. She is searching something in her cupboard and takes a muffler in her hands. Tears roll down her eyes. The episode freezes

PRECAP: A VISITOR AND A GOOD NEWS FOR ABIR.

HEY GUYS SORRY FOR A SHORT ONE. ITS BECAUSE I WANTED TO REVEAL SOMETHING INTERESTING IN THE NEXT EPISODE.AND TO KEEP UP YOUR CURIOSITY OF MISHBIR FLASHBACK. PLEASE TELL YOUR VIEWS ON THIS EPISODE IN THE COMMENTS BELOW.