Hai friends I never expected this much love for the first episode. Thank you so much for it.

Mishti is looking at the muffler and tears are rolling down her eyes. She sees the initials  AM on it and remembers Abir while Abir is sitting inside his room on a couch looking out at the snow fall. He too thinks of Mishti and the flashback rolls on

7 years before: Abir is working as a Lieutenant in the Indian Airforce. He is flirting with a girl while his friend rushes

Rahul: Naman Arora ..has come to meet you

Naman: Namaste beta.. I came to tell you that Mishti has joined in a hospital here

Abir: Mishti..Acha..Vivek’s sister he has told about her

Naman: I tried to stop her but she said that she wants to live in the place where her brother lived in his last days. I don’t know anyone other than my father in law and you here. Please take care of her.

Saying this Naman leaves. Abir is excited to know about Mishti’s arrival. Just then the girl he was flirting with asks for a lift.

He takes her in his jeep and his speeding car meets with an accident. Abir gets unconscious while the army forces are alerted about the accident. The rescue team takes him to the hospital

Meanwhile at the hospital
Mishti goes there with her documents.

Just then Preesha comes there

Preesha: Hello doctor Mishti..doctor Sania told that you will be coming today. By the way I’m doctor Preesha from Chennai

As they are talking Abir is rushed in

Rudraksh: AM had an accident he is bleeding profusely and is unconscious too do something

Preesha and Mishti run to Abir. On seeing Abir in that state Mishti gets emotional without her knowledge

Abir is taken inside and treatment proceeds when Preesha’s phone rings. She gets news that her mom fell ill and rushes home with Rudra.   Mishti stays with Abir the whole night. 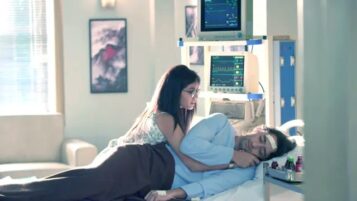 Mishti keeps the muffler inside and wipes her tears 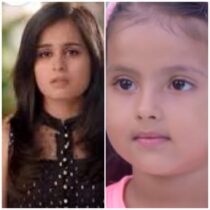 Rithu: What is the meaning of AM

Rithu: Does 9 am mean that

Mishti hits herself on her forehead

Mishti: Beta that means morning 9 am. Acha..you have your homework na..let’s do it now.
Mishti takes Rithu with her. The scene freezes.

Rudra: Where are you lost

Rudra: No no don’t talk like that Abir will be safe 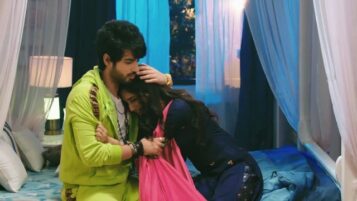 PRECAP: MISHTI GETS TO KNOW THAT ABIR IS BACK TO INDIA SAFE.

HEY GUYS PLEASE MENTION YOUR VIEWS ON THIS EPISODE IN THE COMMENTS BELOW.

Woh Chaand Toh Mein Hoon – HER LOVE FOR HIM (EP2)