Amith : Uday let me clarify things. I think you are expecting so much .But I am not like that.

Amith : How should I tell you , but Avantika I am sorry. Tum mere liye sirf ek acchi friend ho.

Avantika : Wait wait wait aapko kuch kehane kee zarurat nahi hein. I knows that you are in a dilemma. Thing is my bhai just mistook me while reading my article about you, seeing your pics at my fb post and all.

Amith : How can I forgot that it was you who did my interview for unknown heroes – right ? 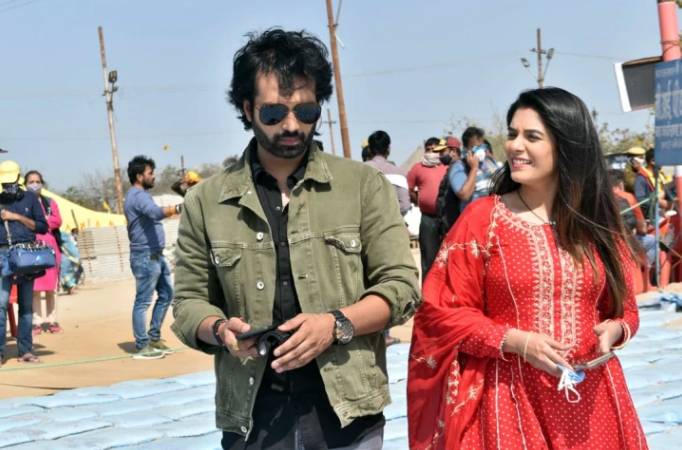 Avantika : You remembers article and interview, but forgets the one whose effort behind it.

Amith : Sorry, next time onwards won’t forget you. Nice to meet you.

Amith ; Matlab
Avantika : I mean you have to think about your life. Your engagement which was broken because of me naa

Amith ; No don’t think so. She is possessive but not like the way you think. Actually it’s not the picture  which you captured with me and neither your article. The matter is else.

Avantika ; Then why don’t you sort out things with , what’s her name ?

Avantika : So go and talk with bhavya. Mein baat karoon ?

Avantika : So let’s be good friends

They hold each other’s hands and smiles ….. 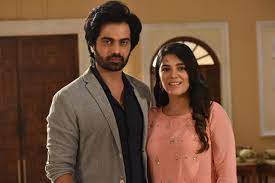 Avantika smiles and nods her head in sign of No

Uday overhears them and thinks over Bhavya telling him that he is special. He wipes his tears and manages to give a smile .

Scene shifts to an open restaurant which was beside the beach

Just look at them

Amith and Avantika arrives .Bhavya stares them with doubt.

Avantika : Amith just do it

Amith : Bhavya I can’t resist myself more. So as you know me meri life mein koi nayi girl aane waali toh hei nahi. It’s always you and I think it’s high time we should break the barriers of ego and should unite.

Bhavya : For you it may be easy Amith. But I am not like that.

Bhavya : Baat uss pic kee nahi and I don’t have any issues if you both pose for a photo. I am talking about those pic which ruined our engagement. Should I need to explain it Amith?

Amith keeps the flowers on table and looks Bhavya,

Amith : Bhavya , I still say that I am not that type of man.

Bhavya ; What about the proof which I saw before my eyes ? 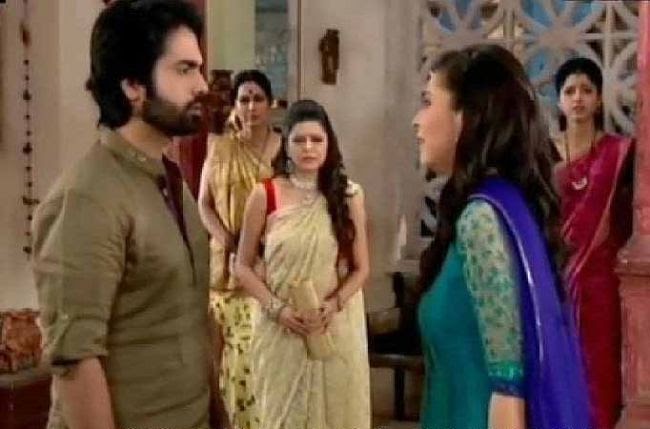 Amith : Mein aisa aadmi hoon ? Bhavya please think about me well before taking any decision. Please Bhavya think about the moments which we spend together

Bhavya : How long you go behind those past , truth is visible naa and I believe in proof and truth.

Amith : Bhavya some one purposefully trapped me . I have nothing to do with that girl.

Bhavya : Oh Really? You share your bed with that girl just before the day of our engagement

Amith : Bhavya stop it. It’s clearly a nasty offence against me and you are talking too much.

Bhavya : Is it ? Mr. Amith what you have done to me is really disgusting.If you want to make realtionship with a girl then why you put the effort for getting engaged with me ?

Amith : All these are not true.

Bhavya : Then what is truth ?

Bhavya : My dad committed suicide when my marriage got broken and I will never forgive you for that Amith.

Amith : Bhavya listen to me, please

Bhavya : I hate you Amith, Don’t touch me ….And tum log Uday and Avantika I thought you both were besties for me. But you are supporting this man who cheated me. I didn’t expect this from you guys.

Uday : Bhavya anger is not a solution for problems. Still you both can sort out matters 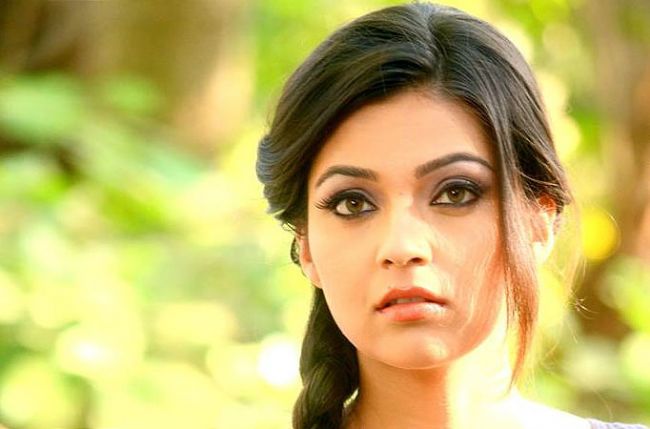 Bhavya : Who the hell are you to interfere in my personal life ? Uday I said you as special because I felt you are the real friend, but I got it now that there is no value for love and trust. And let me remind you never ever dare to do this again.

Bhavya walks away.  Amith gets disheartened .

Uday : Woh toh abhi hein. She is a wonderful girl

Avantika : Aapke dil thodne mein aapki choti behan bhi ko kasar nahi chodi. Sorry bhai. But I think as they are lovers they should be together.

Avantika : Bhai aap pshycartist ho . And how can I hide from you ?

They hug each other. Bruno comes and bark .

Uday takes Bruno and pats his back 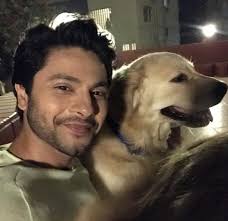 Sachin : Okay, I got it. That side is his room.

Archana slowly enters Maanav’s room and looks Maanav’s sleeping face. She finds Maanav searching for blanket. Archu takes the blanket and while trying to cover up Maanav with blanket her hair got stucks at Maanav’s shirt. Maanav opens his eyes and looks her. 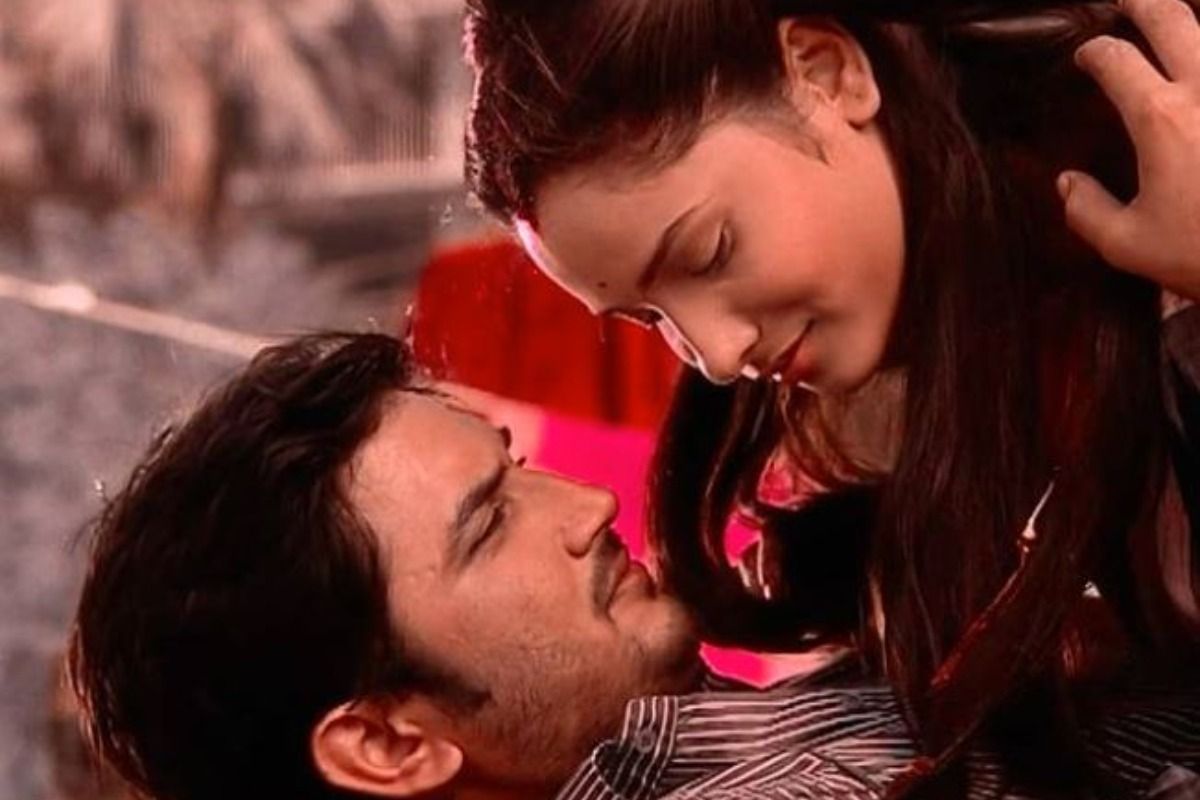 Maanav : I wish this could happen alwayas so that every morning you are at my body Archu and I could hug you like these .

Maanav : Naa , I know you are making excuses from me to run away. But today no way archu you have to be with me.

Archana : Sorry But I can’t stop my laughter. 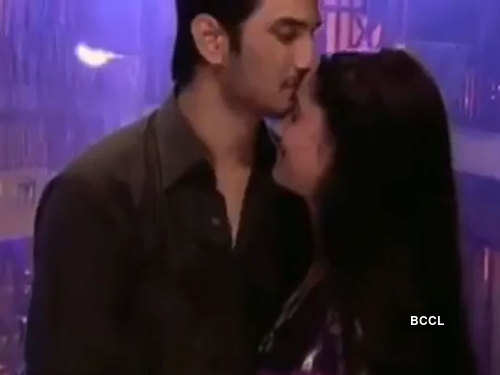 Archana blushes in happiness . She couldn’t look him more and she turned her eyes from him. Maanav touches her shoulder. Archana closes her eyes and gently placed her head on Maanav’s chest. Maanav smiles and hugs her . Tanuja ; Happy that you all arrived so soon.

Tanuja ; Ji, so can we fix the date of marriage ? I don’t want any delays any more.

Yash reaches at the kitchen.

Swethlana and Yash looks each other

Swethlana : It’s in the  plate.

Yash : Not this way. I want to taste it from you.

Yash keeps Peda on her mouth. Yash and Swethlana have the peda and finally when their lips came close Yash gently kissed on her nose.

Yash ; Make your lips more sweet as honey Sweet heart. Once we ties the knot I will always eat from your lips

Swethlana shyly keeps her hands over face and turns back. Yash kisses at her neck from back side and holds her hand

Shivaay : She is fighting with her pain Om . Itna toh mujhe samajh aaya.

Om gets inside Jhanvi’s room

Jhanvi hugs Om and gets emotional.

Om lie down at Jhanvi’s lap.

Jhanvi : We often find hard to get answers at life, it’s our fate.

Sara: Doctor Actually I am not a patient. Just that my step dad is forcing me to getting married with a film producer who is double of my age -Yusuf Khan who is a womanizer I made a drama of mental illness . That’s all. Aap bas mujhe do chaar din apni clinic mein admit kara do, uske baad apne aap yeh sab theek ho jaayega, I swear. 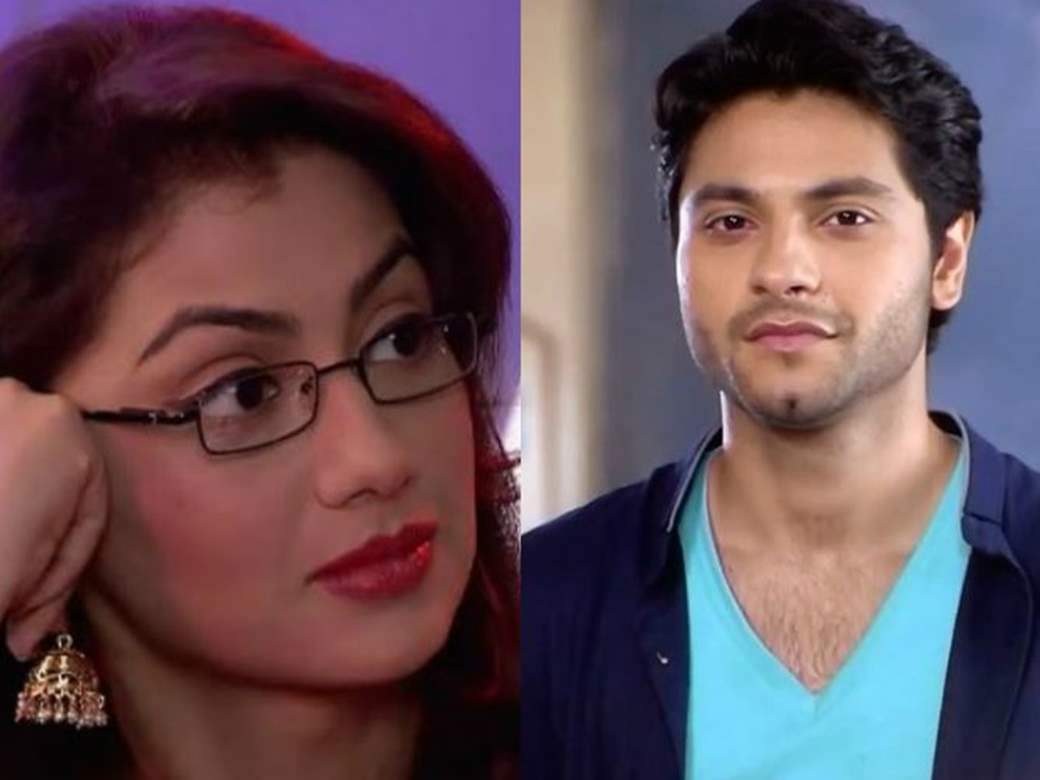