Guys I’m back with another one shot episode. Actually I always feel bad seeing that Vansh took revenge from a girl who didn’t even betray him. I know that as per his character he can’t forgive betrayal but as my DIL HAI KI MAANTA NAHI 🤷🏻‍♀️🤦🏻‍♀️ my heart made me majboor to write this os 😂 ok so let’s start

At evening Riddhima and Vihaan were alone at home so Vansh was having his drink sitting near his piano. But suddenly his phone rings so he gets up from his place and goes in the hall to talk, as he goes Riddhima comes there and her hiccups gets start and her eyes went on bottle near piano and she starts drinking as it was vodka and she gets drunk, she finishes the whole bottle. Drunken Riddhima starts playing piano which was harsh to listen 😂 so Vansh comes to see that what the hell she is doing as nobody is there at home so Vansh knows that Riddhima is playing that piano. He comes and tell Riddhima to stop as what she was playing was very painful to listen but she didn’t stop 😂. Vansh then sees empty bottle and he comes to know why isn’t she stopping and murmurs ‘NOT AGAIN 🤦🏻‍♂️’ as all flashes comes in front eyes when initially she was drunk. So he says to Riddhima, “Dollar Biwi stop playing this piano it’s so harsh to listen if you won’t stop blood will start flowing from my ears and I’ll charge you extra for this also” After listening to this Riddhima stops playing piano and tells Vihaan that,”what dollar biwi,dollar biwi and what you always keeps threatening me that you’ll charge me extra I already told you saans lene ke bhi paise jod do tum. I’ll not increment a single penny of your’s do whatever you want” 😏😡 Vihaan ignores Riddhima’s antics as he knows that she’ll not listen anything and he murmurs, “Here we go again” 😂 then Vihaan tries to take Riddhima to hall while taking her he tells Riddhima that,”if you were interested in drinking so why didn’t you informed me we would have drink together as we are partners right? 😉” He makes Riddhima sit on sofa and gives her jar of water and tells her to drink till he comes then he goes to kitchen to make lemon juice when he comes to hall he sees Riddhima is not there. He searches for her everywhere when he goes to backyard he sees Riddhima is giving water to plants. He tells her that I’ll take you back to room she denies to come and also make him sit with her. She sits on ground and Vihaan also sits with him. She starts making castle with soil by seeing her cuteness Vansh gets mesmerized and all his beautiful moments with her comes in front of his eyes
Sometimes later her castle gets complete and she becomes emotional and a drop of tear roll down from her eyes, seeing her crying Vihaan ask what happen? She replies,
“Vansh…. 😢
The way soils castle will not last for longer time same way my home also didn’t last for longer time. It broke the same way I’m broken today. I was orphan, who always dreamt of guy who will love me, dreamt of having a family and you know what Vansh fulfilled my dream. The life which I was leaving with him was like a dream. So many times my life had came in danger but his hand was first to come forward to help me. He was best husband in the world but you know what……
I failed as a wife. He fell from that cliff in front of my eyes I failed to held those hands which never left me. The heaviness on my heart will never leave me, I feel suffocated, as if that guilt is killing me everyday. Kabir send me as a spy in this mansion he had mislead me about Vansh, but by staying with him under one roof my heart understood that he is not the way Kabir told me. Vansh love was so pure that everything got failed in front of it. I was going to start my new beginning with Vansh even I broke all my relationships with Kabir but one misunderstanding had destroyed everything. Just because of Kabir today my Vansh is not there with me. Yes I agree that I kidnapped Ragini but after learning Vansh’s truth, after learning that I’m reason behind Vansh’s sorrows I went again to bring Ragini back and I was successful in doing that, but Kabir killed her in front of my eyes. That day first time Vansh asked me something he kept his head on my lap and asked me not to leave him but I was unable to fulfil his wish, I was unable to save him, I was unable to tell him truth, I was unable to save Ragini. Somewhere I’m reason behind my Vansh’s death”

Riddhima says,”My Vansh’s heart was very big. For world he was ‘THE VANSH RAI SINGHANIA’ but from inside he was a soft-hearted brother, husband, grandson, son a complete family man he was. He once told me that if he ever get chance to bring his mom’s son he will keep him in this house and will love him like his younger brother. As a wife I failed, I was reason behind every pain of Vansh but after his death I promised him that I will do the same thing what he would have done. Atleast by seeing this he will stay happy wherever he is. He was shield of this family, without him there is no life in this family. He knows value of family, relationships he always kept everyone together and even I’ll do the same. Once this property is given to me I don’t care if Kabir kills me as I died the day Vansh left us. He was heartbeat of my heart, reason behind my smile, for me he was like rain in dessert,shadow in sun,sunshine in my darkness,my everything,my reason to live if he’s not there what will I do, how will I live, if he was another name of life for me. Once I fulfil his last wish I can die peacefully and happily as I’ll go where my Vansh is at least after death I can seek for forgiveness.

Vansh gets shock after listening to her and ask her with heavy heart ‘last wish’?

She tells yes Vansh’s last wish was to find his mom’s murderer and his mom’s murderer is none other than mummyji. Due to mummyji Sia is in comma because Sia knows her truth and even my and mummyji got scared that she’ll tell this to Vansh. Vansh loved her like his own mom,he used to respect her so much this what she has done to Vansh in return of his unconditional love.Once she and Kabir are behind the bars and my family is safe I’ll tell my truth to the whole family as I can’t betray them anymore,then I don’t care whatever they do to me. If jail then jail, if death then death.

Listening to her Vansh thinks, “I was so wrong about her she loves me so much and I thought she betrayed me. Due to me she is in so much pain but don’t worry Riddhima now your Vansh knows the truth and now I’m going to end this Vihaan drama tomorrow. Even new year is coming now we’ll start our new beginnings”

After telling all this Riddhima gets faint, Vansh takes her to his room.

Authors Note:I hope you guys liked the os. I recreated drunken Riddhima scene because I always wanted the makers to recreate but it didn’t happen and now there are no chances because as per current track Riddhima is pregnant and she’ll not drink 😂. Another thing that because she was drunk and not in conscious state whatever she told, Vansh believed it,as when a person is drunk usually they don’t lie ☺✌🏻. So bye, stay safe and take care love you all 😚🤗❤ 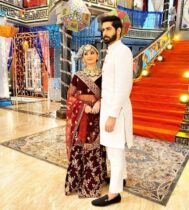