Hiii Guys how are you all??…. i know you all are very angry on me…. I can understand…. please do not throw sandal and tomatoes on me… I’m sorry to everyone for long disappearing…. Actually guys I was very busy… actually we had Pooja at home so lot’s of work at home… then my country’s Independence day… after that my sister’s B’day… and exactly after 4 days my B’day… My Birthday was on 18 August… so you guys please forgive me.

And you know what guys this is my 100th post on Tellyupdates… Yippeee I’m really happy Finally I posted 100 articles… and I completed my one year on Tellyupdates on 29 July… just before 22 days ago.

In the Previous Episode of Luvvvv Uuuu!!…. Dr. kabir kapoor you read kabir took discharge from hospital he reached home where he found to Mr. Rakesh absolutely fine… all gets very happy… Sonu reveal her job secret to everyone…. kabir regrets for not support her to fulfill her dreams… saanchi consoles him…

That night kabir and Saanchi weren’t able to sleep peacefully … kabir moved sides on the bed but this sleep was went far away from his eyes… he was thinking about Saanchi… her first meeting with him her second meeting. Their third meeting their first eye lock second and third…her caring when he was in hospital… her treatment of his father these all flashbacks were coming in her mind… he was very restless…

While Saanchi was also thinking about him… she on the lamp and sat on bed.. Then she needs water and looking towards jug but unfortunately it was empty then she went downstairs towards kitchen where lights off of kitchen…. She walks then suddenly she collided with a tall body and she falls over him… her hand was on his hand their eyes met with each other…. They were lost in another world for some time…

Then suddenly someone switch on the lights… they distracted and came in the real world from another world… they stands up and looking here and there in embarrassment.

What are you doing here Saanchi??

Umm Dr. Kabir actually I came here to take jug of water but what are you doing here??

To be honest I can’t sleep.

Don’t know I was consistently thinking about you…

I Think what Dr. Kabir??

He comes close to her.

I think we have some connection with each other, doesn’t you feels that??

Dr. Kabir I think you are over thinking.

No Saanchi I have true feelings that we have some past connection.

But Dr. Kabir how is it possible??

Yes Saanchi yes I’m serious about it.. If you haven’t trust me then I have an other option.

No Dr. Kabir I have trust on you. But it’s sound weird na that we have some past connection and all that.. I mean it’s possible in today era??

Saanchi at first I didn’t believed in all that but when you came in my life my life is completely changed now I want to experience another new thing in my life if it works then I get to know what was my past life and what we have connection with each other. Why I attracts towards you?? Why I’m thinking about you day and nights?? After lots of thinking I reached on this conclusion that I should have to take Past-life regression therapy.

What?? She smiled… Are you serious Dr. Kabir?? I mean you really want to take therapy.

Saanchi I also need you….

Both smiled with cute Eye lock.

Next morning at dining table.

Sonu was on the phone coming downstairs..

Ritu was serving breakfast to everyone.

Saanchi was coming by take Mr. Rakesh on wheel chair to dining table.

Kabir was coming from his Room then suddenly his and Saanchi’s eyes met with each other.. They were smiled at each other and walking in a slow mode.

Rakesh noticed to kabir to staring at Saanchi and he smiled..

Hey Bhagwan Thank you So much for enter this girl in my Kabir’s Life… I wish my kabir smiles like this always. Mere Bate kii Muskrahat ko kisi kii nazar na lage.

Kabir and Saanchi both reached on dining table then stands in front of each other like statue. And just looking in each other’s eyes. Ritu comes there she looked at both one by one she smiled then she asked from Rakesh what’s happening here?? in a sighs

Saanchi and kabir eye lock broke they wondered on their states.

Ritu started to tease her…

What is this Bhaiya??

They feels so much embarrassment…

Kabir head downs and sat on the Chair. While Saanchi wasn’t able to speak a word.

She went in the room for take her purse. All laughed behind.

Bhaiya papa Dii bye I have to go. It’s late.

She hugged her papa and bhayia..

After she went Saanchi came there again..

Papa I want to tell you something.

Past-life regression therapy but why kabir??

It’s important for my life papa now I can’t tolerate those headaches any more… papa will you with me na?? Please I’m sure you are with me in any of my decision. Am I right papa??

Okay my son if you decided then I’m with go my son. God bless you.

Ritu Saanchi and kabir smiled kabir finished his breakfast and touches the feet of Rakesh for taking of his blessings.

Rakesh put hands on his back and patted with bright smile.

Saanchi you have to take papa to hospital I want that when this therapy is happen then papa will be there with me.

Kabir I will come there with Ritu you and Saanchi go do preparation for the therapy and don’t worry about me Ritu is here for me.

Yes Bhaiya. You go with Saanchi

Kabir looked at Saanchi and Saanchi looked at kabir both Rakesh and Ritu was giving glares to each other.

When they left for hospital then Rakesh and Ritu hi5 to each other.

Kabir and Saanchi reached hospital. Kabir opened the gate and Saanchi comes out from the car.

Both entered in the Hospital all were very happy to see Dr. Kabir fine. Staff members greats him welcome Sir..

Then they met to doctors and explain them everything about situation.

They did preparation till than Ritu and Mr. Rakesh reached at hospital…

Kabir lied on chair and some type on machine was connected with his head and doctors was asking question from him… like you reached in your past and what are you seeing??… come to that time when you were cherished your moments with someone….it is happening… now tell who are with you?? And what are you doing??

Remember in the last shot of Season One where in the party kabir proposed Saanchi… they were very happy and hugged each other all claps for them cos Saanchi accepted his proposal….

They were dancing with each other then suddenly Someone tapped on his shoulder.. 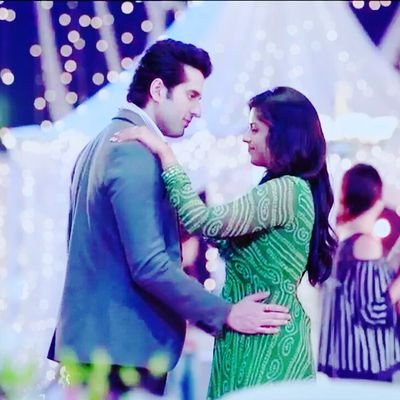 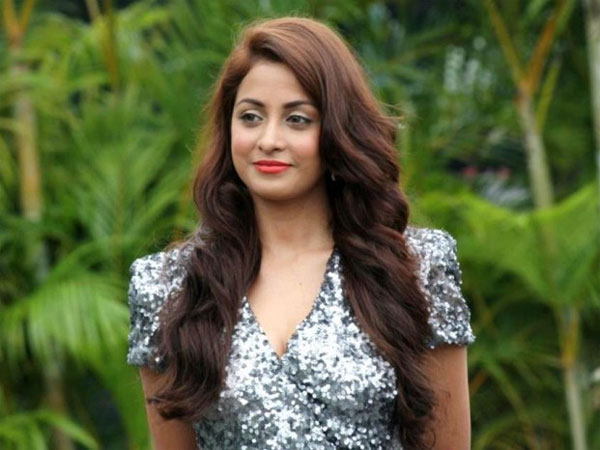 Kabir baby… you forgot me?? It’s not fair…She trying to be naughty with him. Kabir looked at Saanchi..

All Isha pragya veer Piyush all were shocked to see her.

Kabir who is she??

Saanchi listen to me she is lying we break up 8 months ago.

Saanchi was crying but kabir what she is doing here??

Cos we still loves each other.

Kabir what she is saying??

Shut up just shut up okay he gave angry glare to her she scared …. Now Saanchi look you loves me na… an trust me I only Loves you… yes its truth that I was in relationship with her. But we break up 8 months ago now I haven’t any connection with her.. She is lying. That we still loves each other… I only loves you…Only you… You are my life Saanchi.. I can’t even imagine about anyone else.

I wanted to tell you everything about me… but you know very well what was circumstances between us… you was thinking that Piyush is Dr. Kabir cos I shown him as Dr. Kabir and I didn’t even knew that you know the entire truth about us.

You know that your Dr, kabir is I only I.

Saanchi hugged him I’m sorry kabir I’m really sorry that I doubts on you but you know na I love you so much and I’m not want to lose you.. Please kabir promise me you won’t leave me in any way. Please kabir I want to get you in my all lives…

All claps again but Raina frowns… she went from there But.

So guys this was it now tell me how was it??

Till than Good bye..