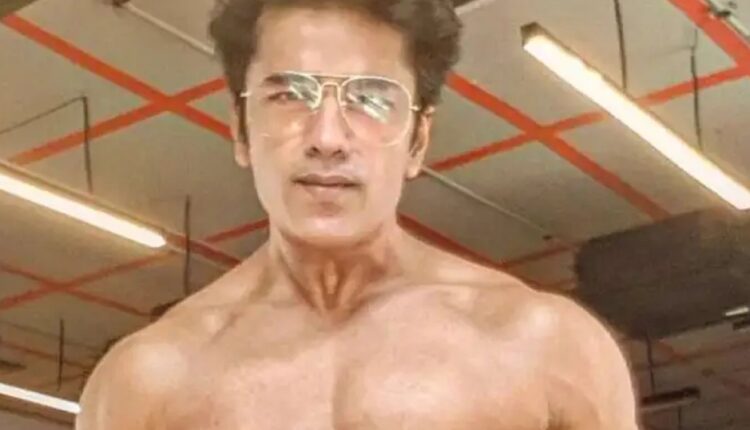 Lock Upp: Vinit Kakar reacts to Poonam Pandey’s remark where she called him a ‘tharki’

Vinit Kakar, who entered the Lock Upp as a wild card entry has now been evicted from the show by the Queen Kangana Ranaut for not being an active inmate. The Ziddi Dil Maane Na actor recently talked about his experience in the show and Poonam Pandey’s remark on him during an interview with ETimes TV

He said, “This is very funny. The minute I entered lock Upp, I told Poonam that we are Facebook friends. It is the fact and bahut saalon se hai. I casually told her that I’ve seen her videos. Neither it was in a derogatory way nor I was speaking to her in high regards. It was a generic talk. Ab Mujhe ye nahi pata why she called me a ‘tharki’. Had I searched about her or tried to dig about her on some platform then I must have been interested in her. But hello, excuse me when we are Facebook friends and I’ve seen your videos in my feed, I don’t know why they said that maybe they wanted some brownie points against me, Iska koi lena dena nahi. I told her about watching her videos on her face alag se toh peeth peeche discuss nahi kiya. If you go to see after my entry day I’ve never spent time with Anjali or Poonam. There have been times when Poonam herself asked me to join her for a walk in the yard area but I have always made an excuse. Aap apne personal gain ke liye Kisi par kuch bhi allegations laga sakte ho… agar kuch hota toh Kabhi mere harkaton mein dikhta. I was never interested in any of the female contestants. I was on the show to play a game. I was taken aback with their statements.”

Talking about his elimination, Vinit said, “When you do a show from the beginning you always have an advantage, you have your alliances set and have bonding with people, but when you enter as a wildcard contestant, you become the target of the old contestants. It is a human tendency whenever two enemies or friends have an option of eliminating a new entry they will always go for it. This is what happened to me. Had I entered the show from the beginning the story would have been different. The disadvantage for a wildcard is we have to perform in each and every task and it is highly impossible. I did two tasks back to back where I had to lose calories and I performed extremely well. During the last arena task the moment I lost to Zeeshan I somewhere knew that now I will get eliminated.”

He added, “My entry was great and the moment I got an opportunity I took Karanvir out of the game because it was in my mind. I wanted to go in team blue. My strategy was to get into the team blue, make my alliances there and then break those alliances so that Munawar Faruqui who is sitting on the show doing nothing gets threatened. But before I could have executed my plan Karanvir and Saisha were brought in and they had watched my game completely from the outside. It was a final nail in the coffin. I realized that I won’t be able to make alliances now.”

Vinit, who entered the show with a bang eliminated Karanvir Bohra from Lock Upp moments after entering the Lock Upp. Post this move, Vinit did not contribute much to the show. Talking about it, he shared, “The members of Blue team have become blind followers of Munawar Faruqui. They do as Faruqui says. Kangana told me that the whole day I am just lying on the bed as if it is a hospital. But if I make them feel that I am in a hospital then according to me Munawar must be making them feel as if he is in the ICU. He doesn’t move from his bed because he doesn’t need to. He has his blind followers Anjali and Poonam, Saisha and Ali even Azma they all do what he says. The only bond I could make was with Zeeshan but he was from the opposite team. I realized very soon that Anjali and Poonam are blind followers of Munawar. They have surrendered themselves in front of him. But with me, I can’t be controlled. I would rather like to control things. Last week, after the arena I had given up, I was mentally prepared that I would not sustain in the house for long.”

Vinit also called Munawar an overrated player of Lock Upp and shared, “Jaise jaise uska matlab Poora hoga he will keep eliminating people. I would like to say Good morning to Saisha and Poonam that they have finally understood that they are being played. It’s high time they should have the guts to stand up against him. Munawar can’t be kicked out of the show overnight because of his background as a standup comedian and he has got his fan base. He is a great guy. I’ve spent time with him, but at the same time I feel he is an overrated player.”

Lock Upp: Mandana Karimi breaks down upon being confronted by Karanvir Bohra for her ‘inappropriate’ behavior allegations against him