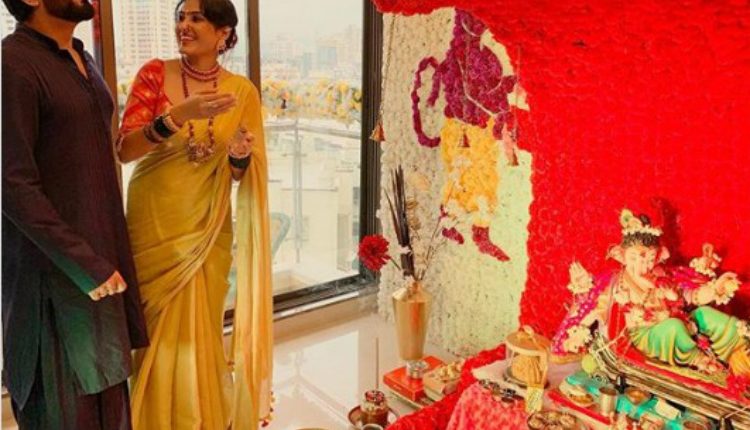 Kamya Pujabi has always been a woman who has been upfront and blunt with her opinions. She is strong headed and there’s no denying the fact that Kamya has really worked hard to carve a space for herself in the telly industry. Seen in Shakti: Astitv Ke Ehsas ki these days, Kamya has received lots of appreciation for her portrayal of Preeto.

She is doing great in her career and is having a promising career ahead. But after the turmoil in her personal life, which we had all heard about, her fans wanted her to grow personally as well. Well, the latest buzz is that she is inching towards happiness again as she has fallen in love all over again. She has not made a public announcement about it yet but one of the posts she shared on her social media account hinted towards the same.

Recently for Ganesh Chaturthi, Kamya had shared a picture, in which she is praying to Ganpati standing next to man. And it’s not their presence which is making something look fishy, it’s the hearty laugh they are sharing which is making the fans guess that Kamya has found love one again in Shalabh Dang.

Even her friends from the industry were seen congratulating the two for their togetherness in the comments section below. Neerusha Nikhat, Kavita Kaushik were some of the celebrities who congratulated Kamya and Shalabh. Infact, Shalab even went on to thank Neerusha. Well, just so you know Shalabh happens to be a National Sales Head of Fortis Healthcare and has no connection what so ever with the world of acting.