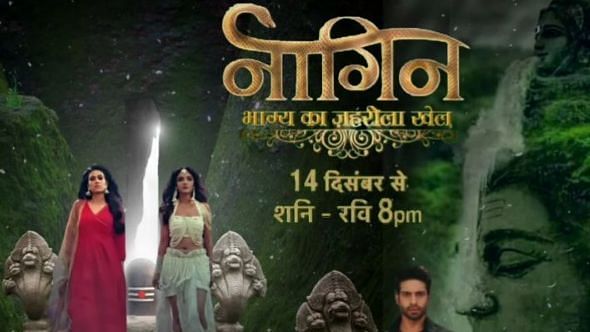 Creative director of Naagin and Kundali Bhagya, Mukta Dhond, in a candid chat with Pinkvilla, discusses how she was onboard for the supernatural show which set a trend in the country to her role as a creative director/producer, to the ‘new’ and ‘innovative’ way of writing with restrictions and all the challenges it comes with. Naagin 4 is the Colors Supernatural Thriller that has a big starcast including Nia Sharma, Sayantani Ghosh, Anita Hassanandani, Jasmin Bhasin, Rashmai Desai and Vijayendra Kumeria as Brinda, Manyata, Vishaka, Nayantara, Shalaka and Dev respectively. The Creative Director gave a clear interview as given below:

How have the last few days been for you guys?

People hadn’t worked for three months. So the other day I sat down to write something and I couldn’t concentrate for more than 10 minutes. I kept roaming around. Slowly, we are getting back.

New normal also means a new way of writing, given the restrictions and guidelines in place. How difficult has this been?

For the shows which were temporarily shut down due to lockdown, it is becoming difficult to write, especially for big shows. For example, Kundali Bhagya will have a problem because the day we shut, there was haldi sequence had started in our story. Now, we are stuck. Technically, the show is 700+ episodes old, and therefore it is time to get the hero and heroine married. In most shows, they get married in 30-40 episodes.

So, Anil Nagpal who writes the show has done a fabulous job with the story but now it is shaadi time. Now, it is a whole new ball game of you want to write what you want to write but at the same time, you can’t. Because according to restrictions on crew members, you cannot do shaadi sequences. Usually what would happen is once the shoot is over, the other crew would work the night and keep the setup ready for wedding sequence and go home when the new group comes. Now, we cannot do any of this. If we want to shoot a romantic song, we can’t because we are short of crew members.

It is a new form of writing which is coming up and with shows like Naagin, it takes hours to crack because you realise that you cannot do big fight sequences. They are 25-30 people on sets.

Do you think it will be difficult to get the audience back to the show, especially because of a temporary block of three months where a good section moved to the web?

It is not just that. It’s been three months since people have lost touch with watching their favourite shows on television. They are watching little reruns here and there but they aren’t ardently following it. People have moved to the web or different activities. So technically, when we start again [next week], it will be like a new launch where we have to remind people we are coming back with fresh things and please come back. I am sure everyone will try and open with a big high point so that people want to come back. I am not saying people have forgotten TV but it will a battle to get them back.

Usually, it is high points on the show which garner attention. But with crew restrictions, how difficult would this be?

When we talk about high points, it is usually the wedding or fight or something dramatic which needs people, junior artists. Kaise shaadi dikhayenge jis mein sirf 10 log khade honge? It is like every 7-8 years a new style comes on TV. For example, soaps were a hit back then, then slowly love story came to trend (like I did Madhubala), and then supernatural shows like Naagin came and change the game. So like that, I feel this is not something to fret about. There is a pandemic and it is time to change and innovate. If we are good at what we do, then we can change and adapt and still deliver the good stuff. We will have to work around it.

Tell me as a creative producer and director, what all does your role entail?

Basically I am involved in everything, from the story to the screenplay, whether it is giving a brief to the actors, to figuring out clothes, look of the set, you are editing, making changes, change tracks depending on the response, putting everything together, so basically a little bit of finger in everything. It is not like we are doing everything literally, but we have to overlook it, be a part of the entire process otherwise how will one project have a single vision. So as a creative director, it is my job to make sure everyone is following that one vision.

What has been the most challenging time for this so far?

For me, when I joined Madhubala, two weeks into doing the show, India went into four months of a blackout on ratings. India was shifting from TAM to BARC. So there were no ratings. The show was not doing well at that time. So, for four months, we had done our romance and drama on the show. I remember we did this massive Ganesh Puja sequence, massive episodes together hoping the show had picked up. We did not know what was happening but we kept going thinking hopefully people will love. Then one day the ratings came and we realised the show was doing number one on Colors. But that was a stressful time because TRPs help us gauge if the track is working or not. That I feel was the toughest and scariest phase.

Budgets will remain an issue, given that we hear broadcasters have slashed a considerate amount?

There are multiple ways work our way through this. It is not like pahad toot gaya hai and we can’t do anything. You keep figuring and see how to go about it. If you spend more on something then try and cover it up in another, that’s the journey. It is frustrating that the budget might get cut, but then you work around it. We all have to go with budgets in mind.

A show which left you having sleepless nights?

Naagin and it will always be that. I still can’t forget that Mrinal (co-writer) and I were doing some other show for Ekta [Kapoor] which did not see the light due to some reason and Ekta just randomly told me ‘will you do Naagin?’ And I laughed but she said,’ the amount of Harry Potter and supernatural things you watch, I am telling you, you can do it and you will do it.’ That day, from writing to going to Jodhpur shooting and then running back because I had another launch, then again edit, it was something. By the time the first episode was ready, I think I was in the office editing shoot for 4 days. But eventually, when we saw the episode, we worked on the edit and re-edit of the episode for so long. When the first rating came, we were overwhelmed because it worked.

Naagin 4 somehow did not click and do as well as the previous seasons. What could possibly be the reason?

I don’t know. It depends. Naagin did well, Naagin 2 didn’t do so well. Naagin 3 did extremely well and then Naagin 4 started off well but maybe we weren’t able to sustain it. But we will come back with a big high point for Naagin 4 and then go to Naagin 5.

Let us hope for the best. Comment your views below.