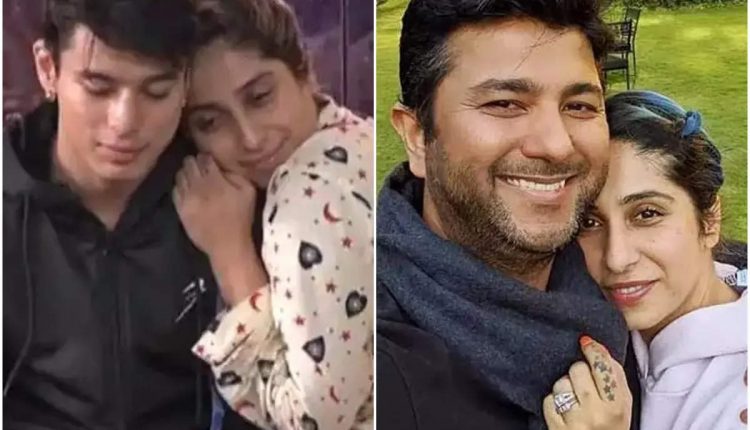 Bigg Boss OTT contestants Neha Bhasin and Pratik Sehajpal are creating quit a stir owing to the closeness between them. The connection between the two has become the talk of the town. In a recent interview with ETimes TV, Neha’s husband Sameer Uddin, opened up on Neha’s closeness with Pratik and more.

He shared, “Neha is fierce and strong as a person but at the same time she is also very emotionally vulnerable to the core, so, I was a bit anxious when she agreed to go for Bigg Boss. The first week went fine, I was a bit worried in the second week but now it seems like she has found her center and I am thoroughly enjoying her game.”

When asked who according to him was Neha’s strongest connection Millind Gaba or Pratik Sehajpal? he said, “I look at the question as, who feels stronger around Neha, Milind Gaba or Pratik Sehajpal? She believes in her own strength first. If that was not the case, she wouldn’t have broken her connection with Millind even after knowing that it is only connections that will make it to the end of the game. She was willing to take that step of playing the game alone and moreover it was Pratik who broke his connection to form one with Neha. But I do feel Neha and Pratik do make a stronger team.”

Talking about the fight between Millind and Neha, Sammer said, “I feel that Millind was hurt as Neha broke her connection with him while he was hoping that they would stay together till the end. To hurt her back in a momentary lapse of reason, he ended up making some comments that were out of line. Neha does not take such things lightly and would have given a befitting response for the same as she is wary of the patriarchal mindset. But somehow, she could see the hurt behind the words and had it in her heart to forgive, forget and move on. Though all the contestants keep saying she keeps using “cards” and she could have easily blown this situation out of proportion but clearly, she didn’t because it is something she wouldn’t feel right about. Her outburst was not due to the words Millind used but because she didn’t expect them to come from Millind.”

Opening up about Neha and Pratik’s closeness, Sameer shared, “It’s only when the contestants entered the house, they were told that this will be a game of connections. Bigg Boss made it clear that the strongest connections will make it to the end. You are locked up in a house isolated from every possible figment of the outside world and interactions. Then you are forced to be with one person as a connection almost all the time, it is but natural that you are “one connection” will be subjected to all emotions like love, hate, anger, etc. and it is not just them. You can see all the other contestants feeling the same on variable degrees. I see Pratik and Neha acting like a bunch of high school kids who compete, squabble, fight, flirt, tease, prank each other. When needed they also help each other with perspective and support and heart-to-heart talks. People who know Neha closely know that this is exactly how she is in the outside world too.”

He further adds, “She wears her heart on her sleeves, it’s like her mind and heart are made of glass, you can see whatever she thinks, feels, or believes. Her natural behavior may not conform to norms and challenges the mindset of many, the trolling and toxic culture is unforgiving in today’s world and is waiting with forks and knives to go and start flaming such personalities. Even sterile content like feeding an animal or offering water to a person attracts dislikes and hate comments. She is not scared but she is well aware of the toxic side of the digital culture”

When asked who according to him are the strongest contestants, Sameer replied, “I do feel the strongest are Nishant and Muskan. It almost feels like Nishant went to a Bigg Boss training academy. He knows the format well and has the presence of mind, wit, and balance. Neha is new to this world, so she does operate from an emotional standpoint and so does Pratik at times. But then this game has its own way of selecting its winners and I am no authority on this as I have never watched Bigg Boss before.

Talking about Akshara’s allegation that Pratik is using Neha for his growth on the show, he said, “I honestly don’t think so. I think the front foot rebellious behavior that Pratik exhibits, it is easy to become an unpopular person which is what he ended up being in the first week. I think he felt Neha got him, from the first week she was the only one who had a way to lock horns with him without getting into a squabble. Thus, he wanted to partner with her. Pratik has his own fandom, and he is a known figure in the television world. Neha on the other hand is from a very different world of Music and Art, where I don’t think he can benefit much, just by an alliance.”