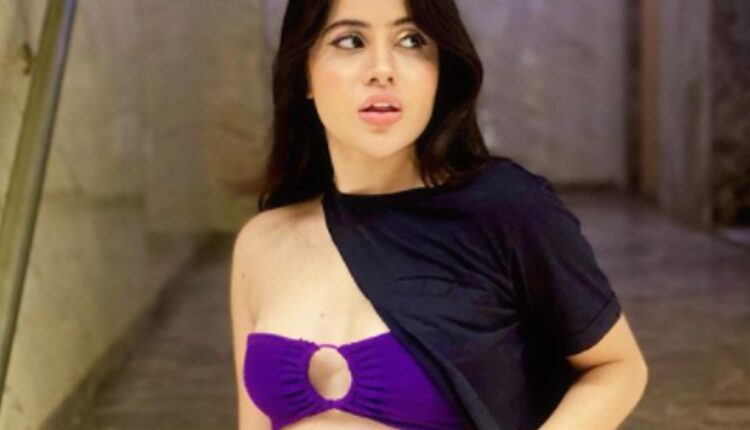 Bigg Boss OTT fame Urfi Javed who was recently trolled for her airport looks is in news again for her outfit made out of socks. Urfi was recently spotted in a purple outfit where she wore a torn t-shirt with ‘something’ made of socks.

Bigg Boss OTT fame Urfi, who’s known for her taste in fashion, was seen in the Bigg Boss OTT house in a dress made out of garbage bags. This time Urfi opted for socks and made an outfit out of the same. As expected Urfi is getting mixed responses from the moment she shared her pictures on social media. She captioned the post as, “Made the crop top from socks , cut my tee into half ! Outfit ready!”

Even after being trolled for her choice of outfits, the actor chooses to ignore all the negative comments and continue to be her original self.

Earlier, Urfi was trolled for her airport look where she was seen wearing a ripped denim jacket over her bra. She gave a befitting reply to the trolls with her post where she wrote, “By far my most talked about outfit lol.”

Rajveer Singh talks about Qurbaan Hua going off-air; says, “I’m happy that I could be part of this beautiful show”