Suhani didn’t find the safe at the room and started to search for it. She was looking in terrace and Yuvraj came there. He had his doubts on Suhani and Pratima as he found their behaviour different than usual. He questions her, and she tried to make excuses, saying about ear rings, and he understood that she was lying. But before he could question her further Pratima interrupted them and asked Yuvraj not to trouble Suhani. She also informs him about his new manager leaving the job. He was in lazy mood, not his mistake truly, and told them that he will hire another manager. Suhani was angered by his lazy attitude and was sad that they failed to make him realize his responsibilities. Pratima comforted her saying that she has an idea. 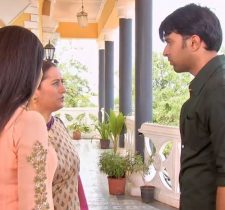 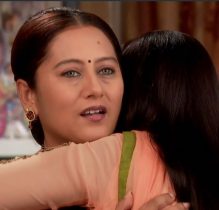 Next day the power was not there at Birla house, and every family member got irritated by this. Yuvraj and Sharad come back from jogging and found everyone upset due to power failure. He saw Suhani standing there and went to her. He argued with her saying that if she has got any problem with him, she should deal with him alone and shouldn’t disturb others. She didn’t understand what he meant and questioned him, He asked her about the power failure and she told him that she broke every light of the house using a hammer. It was funny to see them arguing. 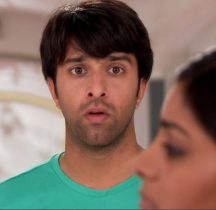 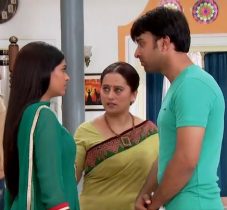 Sharad comes up with money.

Suhani talks to Soumya and tells her about cutting the power supply of the house. She was determined to change the brothers. Yuvraj comes there and luckily he didn’t hear their talk. They talk casually and lemon juice gets into his eye She apologise o him and cares for his eye. He too apologizes to her for doubting her on the safe issue. He leaves, she feels sad to hide the truth from him. 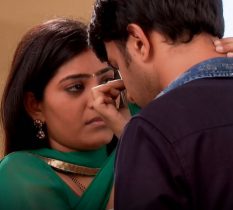 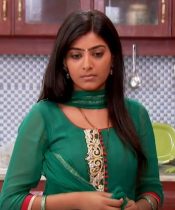 Yuvraj and Sharad come to electricity office to pay the bill. He finds the place very dirty and get irritated, but stays there. Sharad goes to get food and he overhears a person talking in phone that they cut the supply only if the dues are there for two months and gets shocked. He enquires with the guy and he tells them that it is illegal to cut the supply for one month dues.

Yuvraj gets thinking, he thinks of the recent events and he feels like Suhani is behind all these. Sharad disagrees. (15 May 2015)

Yuvraj comes home with Sharad and an electrician, and they check the main supply. Sharad tells him that everything is fine and not to doubt Suhani, but the electrician tells them that the problem is there in the main supply and that he can fix it. Yuvraj taunts Sharad. 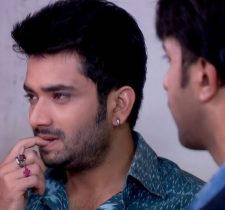 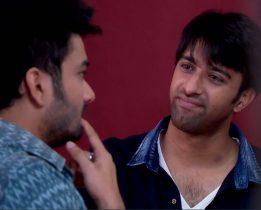 Suhani keeps candles in hall and goes to Yuvraj’s room to keep candles. But her foot got hit on the coat and she gets wounded. Supply comes then and Yuvraj too comes to the room.  He was about o question her again when he was the wound on her foot. He dresses the wound and questions her. She accepts that it was she who cut the supply.  He asks for the reason and she tells him that she was giving them an idea of what their life will be, if they continue like this, she tries to make him realise the value and need of working, even though he didn’t understand what she tried to tell him, he understood that relaying on a manger alone won’t work.

He then opens the door for her and then stops. He tells her that room is hers too, and that she can stay there, but he won’t compel her and the decision is hers. Suhani gets upset hearing all these, even thought their relation is same for him, it changed for her. Maybe he failed to understand her there, but he was missing her.

She leaves making an excuse. 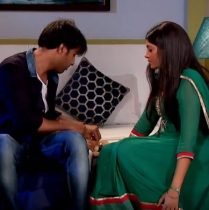 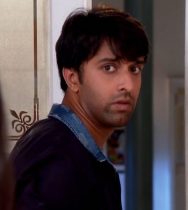 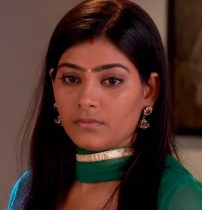 During dinner Yuvraj talks about appointing an experienced person to manage business and Suhani gets annoyed. Pratima calms her saying that at least he thought of something other than manager and that is a good sign.

Suhani then suggest about selling the company and Dadi scolds her. But the brothers think about it seriously and later and decided to sell the company. Yuvraj somehow convinces Dadi and Suhani gets shocked hearing them. For she came up with this proposal thinking that they would realise their responsibilities but they were even ready to sell their only income source!

Next day, when everyone was there in the hall, Suhani asked about the history and establishment of the company and Dadi narrated the story. Everyone gets emotional. (16 May 2015) 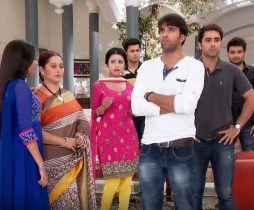 You can complain that roses have thorns or you can rejoice that thorns have roses.