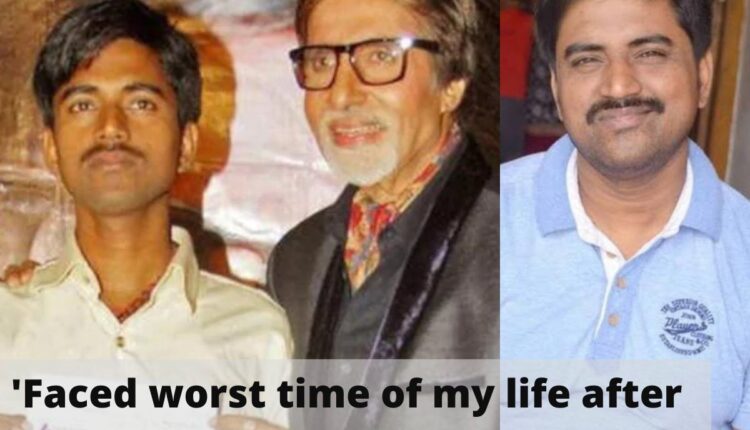 Kaun Banega Crorepati winner Sushil Kumar won 5 crores in the year 2011. But where his life was supposed to take a turn for the good, it went ahead to be the worst. In a long Facebook note Kumar discloses how the time which followed his win was the worst time of his life.

He titled the note as ‘The worst time of my life was after I won KBC’. He wrote, “2015-2016 was the most challenging time of my life. I didn’t know what to do. I was a local celebrity and would attend programmes for 10 or sometimes even 15 days a month somewhere or the other in Bihar. I was drifting away from studies. And because I was a local celebrity, I took the media very seriously in those days. Sometimes journalists would interview and write about me. Without any experience of how I should speak with them, I would tell them about the business I was involved in so that I don’t come across as jobless. However, those businesses would collapse after a few days.”

He added, “After KBC, I became a philanthropist, who was addicted to ‘secret donations’ and would attend about 50 thousand events in a month. Due to this, a lot of times, people cheated on me, which I got to know only later after the donations were made. Due to this, my relationship with my wife was slowly worsening. She would often say that I didn’t know how to differentiate between the right and wrong people and that I wasn’t concerned about the future. We would often fight over this.”

He also called his bankruptcy story ‘filmy’. He wrote, “And now, how did I become bankrupt…? You will find the story a little ‘filmy’ That night, while I was watching the film ‘Pyasa’ which was towards its climax scene, my wife entered shouting that I will go mad watching the same film over and over again. She asked me to leave the room. I shut my laptop and went out for a stroll. I was sad because we hadn’t spoken for over a month. And while I was walking, a journalist from an English newspaper called. While everything was going fine, suddenly he asked me something which left me irritated, so I randomly told him that all my money was exhausted and I had two cows and was surviving by selling milk and earning some money off it. And after that, all of you must be aware of the impact of that news. Soon after, all those who I was surrounded by, cornered themselves. I wasn’t invited to events and that’s when I got some time to think about what should I do next. I was a big cinema fan, I had watched almost all national award-winning, Oscar-winning films. I started dreaming of becoming a film director.”

He went on to reveal how things started changing. “I had come to Mumbai with the dream of becoming a film director, but then I left one day and started staying with one of my lyricist friends. I would lay in the room and watch films or read books that I had. This continued for about six months and I became a chain smoker. Since I was staying all by myself, here, I got the opportunity to look at myself objectively. And I realised a lot of things like, I am not someone who has come to Mumbai to become a director, rather, I am an escaper, who runs away from the truth. Real happiness lies in doing the work of your choice. One can never calm certain emotions like arrogance. It is a thousand times better to be a good person than just being a ‘big celebrity.’ Happiness is hidden in small things. One must strive to help people as much as possible that must start from his/her own home/village. I wrote three scripts that a production house liked and gave me Rs 20 thousand for it.”

He said that he’s in a much better phase now. “Later, I left Mumbai and returned home, prepared to become a teacher. I sailed through. I involved myself in various environmental awareness projects that brought me peace. I have been better since March 2016 and quit smoking last year (2019). At present, there is always a sense of enthusiasm in life, and I pray that I get several opportunities to work in enhancing the environment because that is what I enjoy doing. I want to only earn for my survival now.”