Hey all here is next episode. Thank you so much for commenting and supporting. Please keep supporting. 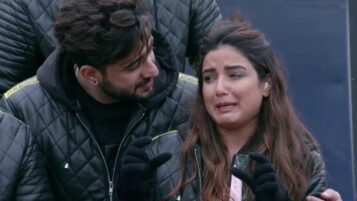 Romi: Riya what happened? Why are you crying? Bolo na kuch

She tells him the happenings in London

Romi: Strange…I have heard about look alikes but this is real and I am really shocked. If Im not in your life you could have married him na

Riya: Shut up huh. Having the same face of Kabir cannot bring in that love and moreover you are my love now. You are my everything so dont talk in a silly manner hereafter.
Romi holds her closer and puts her to sleep

Anika is petrified for not finding Shivaay yet

Khanna: Mam..sir had received a call from a private number so it is taking time to trace it.
Anika: I have tried my best to locate Priyanka and Jai but Im unable to find it. Shivaay went for Priyanka but he is not back yet. Poor Priyanka dont know what happened to her

Khanna: Mam but the note says that she is dead
Just then Anika’s mobile rings. Its an unknown number. Anika attends the call and puts it on speaker 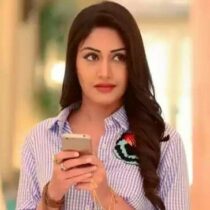 Anika: Priyanka how are you? Where are you? 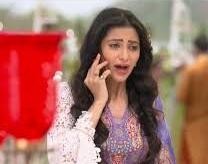 Priyanka: Bhabhi a big conspiracy is done by Jai. Bhai is captured by him. I was also captured but Bhai helped me to esccape. You need to save bhai..and Dr.Mani…Dr.Mani

Khanna: Dr. Mani?
Anika: Aliya’s dad and a great neurologist. How is he involved?

Adi is trying to feed Aliya. Ruhi and Vihaan are there  too

Adi’s mobile rings , it is Anika. He connects the call on speaker

Anika tells him what Priyanka told her.

Adi: Haan. Anika you dont worry we will be there soon. Lets sort it

He disconnects the call.

Vihaan: Lets inform ACP sir too and involve him in our plan 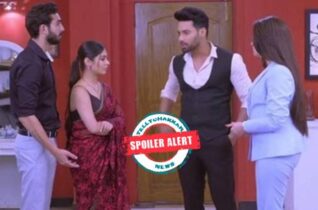 Aliya: What if that Jai?

Ruhi: Dont worry bhabhi ACP sir can join us unofficially then we wont have any issues.

They get ready while Khanna traces the location of Priyanka. 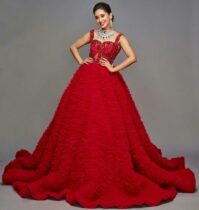 Naira: The gift of Bhai is awesome na

Naira: Haan Im a princess indeed..wife of a frog prince is a princess right 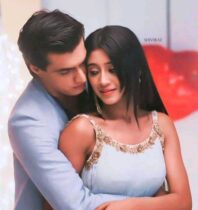 Just then Naira’s mobile rings. It is Naksh

Naksh: Are you ready Naira?

Naira: Bhai your gift is awesome. I love it.

Naira: Where are you bhai?

Naksh: Im going to the temple with Muma. Okay Naira take care. Enjoy lots. I will call you later

Naksh and Akshara walk in and are surprised to see Swarna and Keerthi there. Akshara and Swarna walk together to the shrine while Naksh and Keerthi trail behind. Suddenly Keerthi slips and Naksh holds her. They share an eye lock. 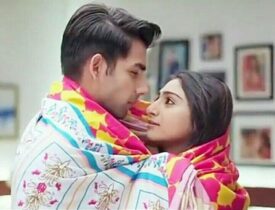 Moments later they realise the situation and steady themselves

Keerthi: Naksh you go I will do some rituals and come

Naksh: Even I have few rituals

They walk to the same place

Keerthi: You too prayed for this? 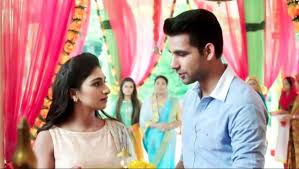 They both admire their thought similarity and do the rituals. 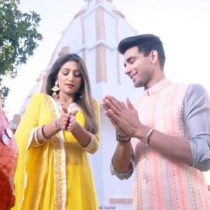 Aditya watches them from a distance.

Urvashi and the star kid  Nishant pose for pictures . 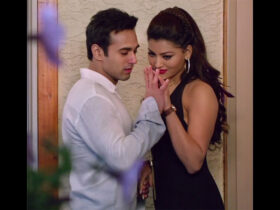 Thats when Kartik and Naira enter with Naira’s hands in Kartik’s . 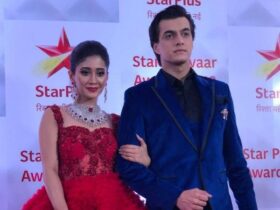 Reporter: Hello sir so Happy for your quick recovery

Kartik: All credits to my wife 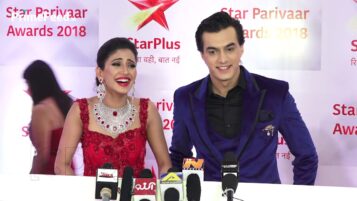 Kartik: Yeah we were in Greece for our honeymoon

Reporter: Mam there were reports like he was using you for publicity. Whats your opinion?

Naira: Im his wife and if Im gaining him attention then its not that Im being used. Its that we are complementing each other

Reporter: You have been nominated for the best debutant actor of the year and your latest movie is doing great in film festivals and is set to hit screens next week. How do you feel sir?

Kartik: I feel so blessed.

Before any other personal topic is touched Kartik and Naira walk in. The gown makes it uncomfortable for her to walk. Kartik notices this and bends to hold it for her in one hand while his other hand held her hand. The media capture this wonderful gesture. Urvashi burns seeing it. 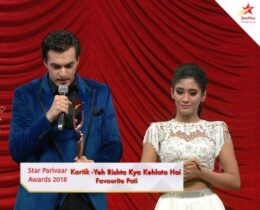 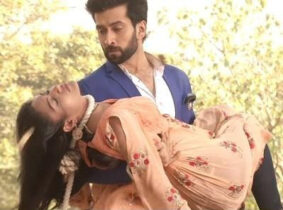 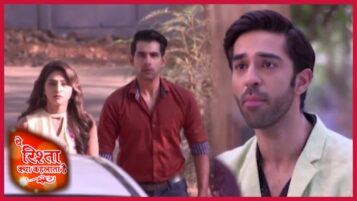