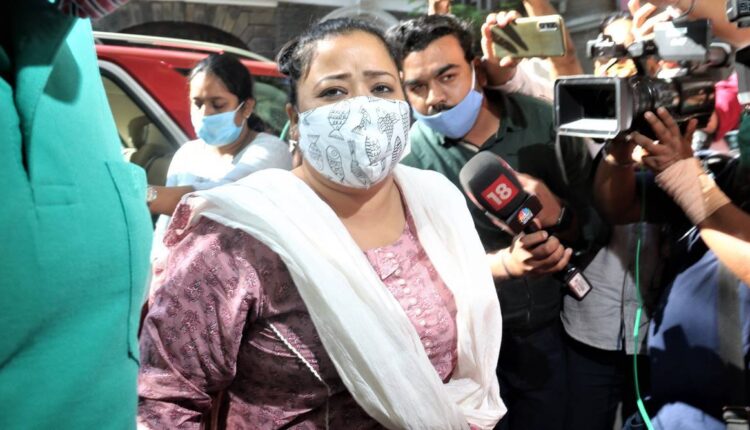 WAIT WHAT!! Bharti Singh ARRESTED by the NCB in drug probe

Comedian Bharti Singh and her husband Harsh Limbachiyaa were called in for interrogation by the Narcotics Control Bureau today after the NCB raided their home in Mumbai. And now, as per the reports, the two were detained by NCB and after questioning, Bharti Singh has been arrested. The two were taken to NCB’s Mumbai office after the anti-drug agency recovered a “small quantity of cannabis” whe their home was raided for the same in the morning.

According to another NCB official, as has been quoted by news agency PTI, ”Ms. Singh’s name emerged during questioning of a drug peddler; a search of her home recovered a “small quantity of cannabis”. The agency also carried out searches at two other locations in Mumbai,” the official added. Reports also suggest that the couple admitted to consuming marijuana.

Bharti and Harsh’s names have emerged post the drug probe that started with Rhea Chakraborty’s arrested, Arjun Rampal’s questioning, among other recent instances.