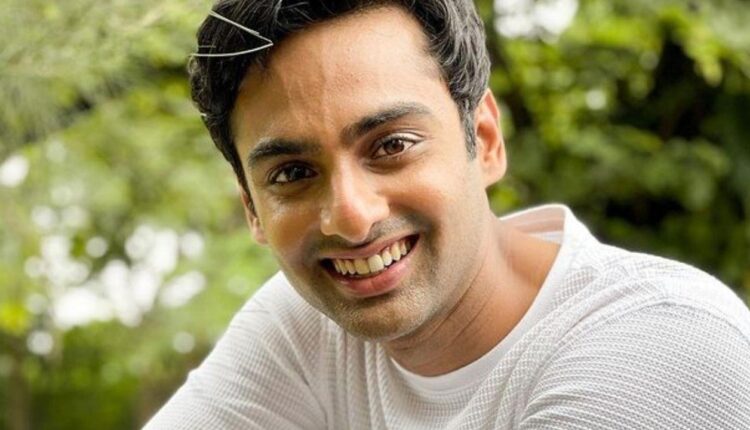 Vidyut Xavier talks about his role in ‘Dhadkan Zindaggi Kii’

Vidyut Xavier who is currently essaying the role of Abhay Sathe in Dhadkan Zindaggi Kii (DZK) is all praises the makers of the show, Nilanjana Purkayasstha and Herumb Khot (Invictus T. Mediaworks) and Studio Next for coming up with such an interesting project.

In a recent interview, Vidyut talked about the show and shared, “Dhadkan Zindaggi Kii is a very unique and good title. The name of a show does matter as it is the first thing that catches one’s attention. If that is good and right then you are off to a good start,”.

Talking about his role of Abhay Sathe, Vidhyut says, “Abhay is charming, confident, ambitious and holds his family in the highest regard. He is idealistic and constantly driven by his attitude of proving himself right. His intentions are always good but sometimes they don’t show in his actions. He is mostly impulsive, motivated by his want to prove his worth. I feel there are a lot of similarities between Abahy and me, we share the same values and ideologies,”.

He adds, “Playing a doctor is like living a totally different life… you get to learn so many things about how they function, medicine and also gives us a different perspective towards doctors in general,”

Vidyut also talked about the team and shared, “Working with Herumb sir and Nilanjana ma’am has been really wonderful. They are supportive, helpful and understanding people. Both of them are always available to give guidance and keep pushing us to give our best. I feel grateful to them for giving me this opportunity. In fact, I must say the entire team of Dhadkan Zindaggi Kii is fun, loving and vibrant.”

When asked if he feels that the content on television has evolved, “I don’t think it has evolved but I certainly can see changes happening. Dhadkan Zindaggi Kii is one such show that is trying to do something new and not following the same old pattern. There is only a handful of such content, and we need more of them,” he says.

He concluded by saying, “I know now that there are no shortcuts to success. You need to work hard, be consistent, be humble and respect your work and the people you work with,”.