Tera fitoor jab se chadh gaya re…Since your craze has come over me… Part 1
I dedicate this story to Varshatomar2 who wants me to write a Shaheer-Ada story.
Dedicated to Shesha who wanted me to post Shaheer Ada story on Telly updates.
Thank u very much Reena for the beautiful edits. 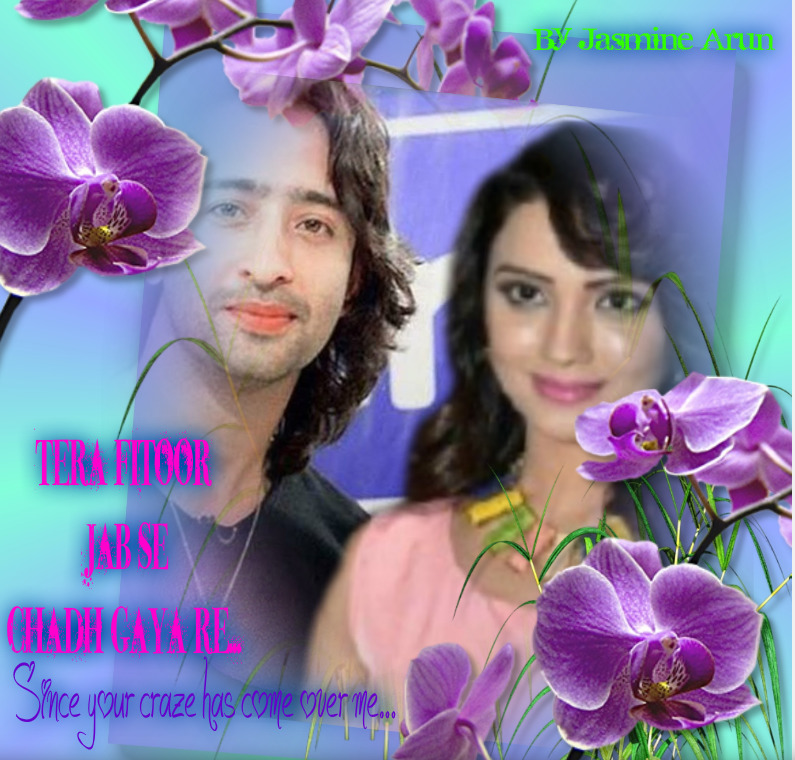 He is the cute boy Samar.
He was celebrating his birthday with his parents Mehul and Meenakshi.
He was given gifts by his parents.
Samar:Dad..to which place will you take me today? 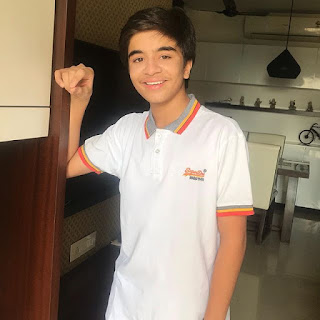 Mehul smiled:We will take you to a heavenly place.
Samar became very happy.
Mehul and Meenakshi took Samar to an orphanage.
Mehul:This is the place I told you beta.
Samar looked around and saw many children.
Meenakshi gave him a packet of sweets.
Meenakshi:Samar..give these sweets to those children.
Samar:Ok mom.
Samar distributed sweets to them.Later Samar started playing with them.
Mehul and Meenakshi smiled seeing it.
Meenakshi:Samar is jelling with them very well.
Mehul:Yes.Samar will be known as a rich boy.But he should not be rich brat.He should be a humble down to earth boy who does not differentiate himself from poor people. 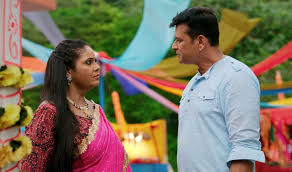 Samar has become the most desirable business man.Mehul and Meenakshi were proud of him.
Samar won the best business man of the year award also.

In that happiness Samar donated a huge amount of money to the orphanage.After that he walked out.
Suddenly he collided with a girl and the girl was going to fall down.Suddenly he caught her by her waist. 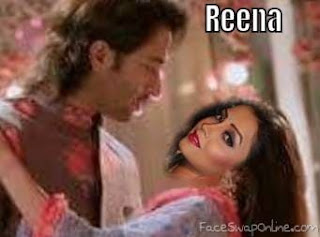 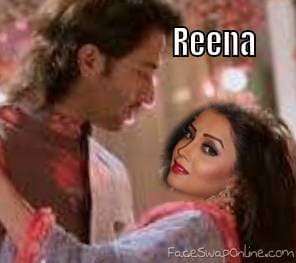 She was lost in his eyes.

Samar took his hands off her.
She smiled at him:Thank you Samar.
Samar:No need of saying thank you.But Piya…you should walk carefully.
They both giggled.
Piya:Congrats for winning the business man award.
Samar smiled:Thank you.Well..are you going somewhere?
Piya:Ya..I have to go to my college to collect some books.
Samar:I will drop you.
Piya:It’s ok.I will go by myself.
Samar:No…I will drop you.
She smiled.
They both got inside the car and he started driving the car.On the way Mehul and Meenakshi saw them together in the car with a surprise.
Mehul:That is Piya.Right?Are Samar and Piya in love?
Meenakshi:If that was the case Samar would have told me.They are only friends as Samar knows her since childhood.
Mehul smiled.

Samar was so workaholic that he was not interested in love and marriage.But Meenakshi and Mehul forced him to settle down and finally with no other choice he asked them to find a girl for himself.
Meenakshi:We will choose a girl.But you should not complain.

Samar:No,I will not complain.Promise.Till now you both have given me only the best.I am sure that the girl you both will choose for me also will be the best for me.
Mehul-Meenakshi smiled.

Meenakshi met Piya.
Piya:Auntyji…is there any important matter?
Meenakshi:Yes.We are looking for a girl for Samar.Mehul and I feel that you are the one for Samar.
Piya could not believe her ears:Me?
Meenakshi:Yes.
Piya:But why me? 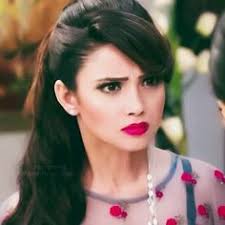 Meenakshi:You and Samar are good friends.A good friend is better as a life partner.
Piya smiled.
Piya:But an orphan like me…I don’t suit Samar.He deserves the best.
Meenakshi:If your parents threw you in the orphanage it’s not your fault.We don’t consider it as a defect.In our eyes you have all the qualities of a perfect girl. But I will not force you.Because choosing a life partner is an individual wish.
Piya:It is yes from my side.
Meenakshi was very happy:Are you sure?I hope you don’t feel pressurized to choose Samar.
Piya:I am studying in a reputed law college only because Mehul uncle is sponsoring me.I will be always grateful to you all.But I am saying yes because I really like Samar.I like him since childhood.But I never dreamt of getting him as I know my status.
Meenakshi was surprised:Really?You love him? 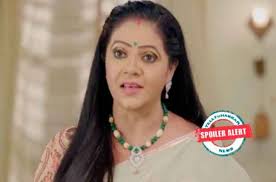 Piya blushed:Yes.
Meenakshi:Then no one can be better than you for Samar.
Piya smiled happily.

Finally Mehul-Meenakshi revealed to Samar that the girl they chose is Piya.
Samar was shocked.
Samar:Piya?Why did you choose Piya for me?
Mehul:Why?Piya is your friend.
Meenakshi:We thought that you like her.
Samar:I like her.But not as my life partner.
Mehul-Meenakshi were shocked.
Mehul:May I know why you don’t like to marry Piya?
Samar was silent.
Mehul:Say Samar.We want to know.
Samar:Because she is an orphan.I have a reputed position in this society.So I expect my life partner to have the same status.But an orphan like Piya has no status.
Mehul-Meenakshi got the biggest shock of their life.
Meenakshi:I never expected this from you Samar.You think Piya is not worth enough just because she is an orphan? 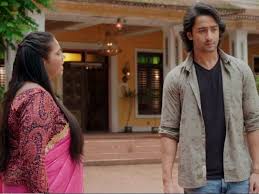 Mehul:I thought you treat everyone equally seeing how you treat orphans and poor people.But all those were fake? 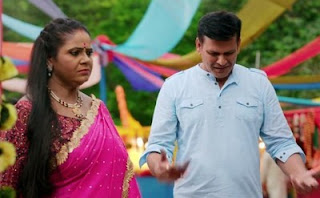 Samar:Yes dad.I treat them well.I am not faking my sincerity towards them.But as a life partner I can’t imagine an orphan.There are so many nice girls from good family background.Why an orphan was chosen for me?
Mehul:I am ashamed of my upbringing now.
Samar became upset.
Meenakshi:Me too.I never thought that my son would be like this.
She was in tears.
Samar became upset:Dad..mom….
Meenakshi:Don’t talk to us.
They walked away.
They started ignoring Samar which was unbearable for Samar.

After a few days Samar went near them.
Samar:I am really sorry if I hurt you both.But please don’t stop talking to me.I can’t bear it.
Samar’s tears melted them.
Samar:Nothing is more important than both of you for me.I can’t see you both upset.So I am willing to marry Piya.
They smiled emotionally and hugged Samar.

The trio smiled tearfully.
Meenakshi:Trust our choice Samar.Piya is the best for you.
Samar smiled slightly.

Samar Piya got married.Piya was very happy while Samar was sad. 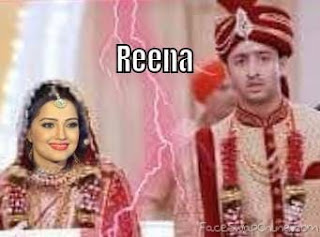 The media people asked Samar:Are you doing charity by marrying an orphan?
Samar felt insulted.
Samar thought:If I had married a high class girl I would not have faced this situation.
Piya felt really hurt.
Meenakshi:Don’t you guys have humanity?How can you talk like this about a bride on her own wedding?
Mehul:Are you guys not ashamed to ask this question?Who will do charity by marrying?Marriage is based on love,not charity.Get lost.

Mehul drove them away. 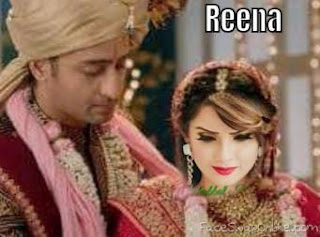 Samar:Piya…I don’t want our married life to start with lies.So I am telling you frankly.I don’t love you.I married you only for my parents.
Piya was shattered.
Piya:Samar…you did’nt want to marry me because I am an orphan?
Samar felt upset.He could not face her.
Piya wept:I got my answer.
Samar was embarrassed.
Samar thought:Piya is my friend.I feel so hurt to wound her heart.But….