Pakhi : Haan Anshu , I really loves you , not from today right from that day when you came at night and give me the Gudiya telling that I should never feel alone . That day was one of the worst day of my life when I cursed myself for being a girl. You was the only one person who looked me as a human being .

Anshuman : Pakhi!! I wasn’t aware of what was happening with you at that day but through Teacher Ji only I came to know about that you have just undergone a biological change in your body and it’s part of every one’s life. Boys also undergoes various biological changes. I realized how girls are ill treated in this village and I wasn’t able to do anything as I was so small. Your Bawuji insulted Teacher Ji in this panchayat itself and his people beated her brutally. They send her away from here and I don’t know now where is she. But before leaving Teacher Ji told me to save you and I understand it’s depth when I grow up. Pakhi I too love you from that day when you was restricted to play with me . Only that day I understood that without you my life has no meaning at all .

Ratan : Enough!!! We are not assembled here to overhear your saga of love sickness . You both did a crime and this panchayat is going to punish you both so that this sickness of love should be fired in flames. You both will be burned in fire before the whole village. Whoever breaks the norms will now fear to break it again. 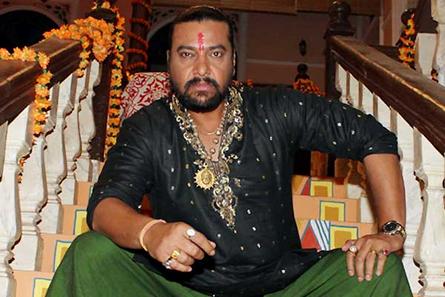 { At this portion I am using the same to same dialogues of original movie as I felt there is no replacement for them . }

Ratan ;  Bas!!! Gaonwalon, Tie them both in pillar and pour kerosene on them .

Anshuman : I am sorry Pakhi I was able to save you from the pain, but I never expected that your own father will order to burn us. At least he should have thought about you.

Pakhi : Anshu  , You bought me that happiness of freedom which I waited for long. And at the jungle when we were together I enjoyed life again. And don’t bother about me , we both are getting punishment for sickness of love. I am worried that your life is in trouble because of me. You tried to save me from the unwanted marriage but got severely beated . Today you was succeeded in saving from a hell like life . I don’t care what these villagers say, what my father says . What I really cares is you only .You are with me at the last moment of my life, What else I need ?

Anshuman : I feel so much fortunate to hear that you got freedom because of me. Pakhi , this sickness of love will never gets cured and until the last flame burn our bodies we will look each other . So that we could feel the sickness of love severely . Only our bodies are burned , not our love.

Villagers started pouring kerosene on them. Ratan came with a match box and before he could lit the fire suddenly some one screamed ……Ratan!!!

Ratan turned back and gets surprised to see his mother , wife and Anshu’s dad

Roopvathi : She is your daughter, my grand daughter. Don’t do this to her. Ratan : But Maayi !! She is a sin. Being a widow she kept an affair with Anshuman , Their communities are different .

Kesar : Enough. Till now I obeyed each and everything said by you . But today I won’t listen you any more. What’s Pakhi’s mistake ? We only made her to marry a man who is double of her age , we only killed our daughter’s dreams .

Ratan : Kesar you forgot that you are Thakurayin, and why you came at panchayat ?You know naa Haweli’s women are not supposed to come out.

Roopvathi  : I bought her here. Why are you blaming her only ?I am also woman of that same haweli, beta.

Ratan ; What happened to you both ?You both are breaking traditions .

Ratan : Why you all are questioning me ?

Kesar : Because you are wrong Thakur Ji. Traditions are good and we need to follow it. But none of the tradition should be a barrier to any one’s liberty. These customs, rituals and practices are for reforming man not for destroying man. Pakhi faced the worst thing in shekhawat niwas.

Ratan’s brother Shambu : Bhaiya Shekhawat Ji’s wife is alive, she isn’t dead. He had hidden her somewhere and lied to us . Police had informed this about to me . Our sisters who got married in Shekawat niwas were ill treated by the shekhawat family. Their death were not natural , it ‘s all done by them. Till now we believed  it happened naturally , shekhawat family bribed the ploice to mislead the case . But I got the information now as I went to meet the commissoner for seeking his help on a land registration. I was about to tell you but soon I came to know that Pakhi was missing from there and  near the jungle villagers find her with Anshuman . It’s high time we should rectify our mistakes. Bhaiya we forcefully made our sisters to get married at that family and we lost them. We did very much worst sin by making Pakhi to marry with a man who is much elder than her.

Roopvathi : I wasn’t able to save my daughters, but I will certainly save my granddaughter. For saving her I will break all the barriers.

Kesar : I was literally a bad mother who never took a stand for her daughter . That day when Anshu stopped me for not spoiling Pakhi’s life I would have listened him. But I haven’t done that . I have broken all the so called rules and regulations and also had bought all women of our home outside the four walls. We are here for saving our daughter, not Just Pakhi but for saving girls of this entire village. Ghungat is good until you wears it in head but when you start covering your face inside it and fears to unveil it it’s nothing just a ban to your identity. I feel proud that Pakhi was brave to deal with Kripesh who tried to molest her . 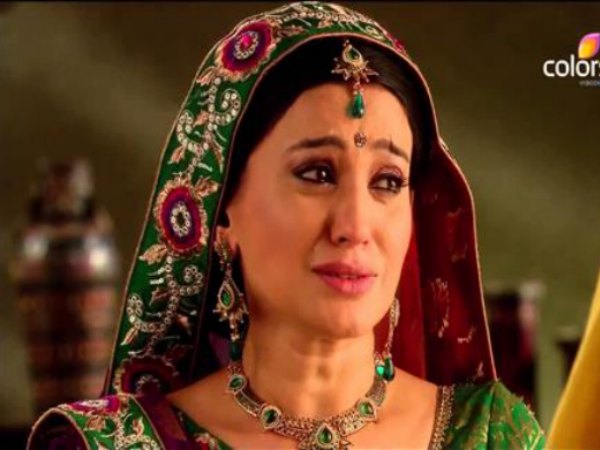 Ratan became speechless. He bend at his own knees and burst out his pain in tears.

Ratan : Gireesh, I am a big failure as a father . Gaon walon , Maayi, Kesar , Pakhi, Anshu ……..Forgive this sinful man . Forgive me….. Gireesh our children should never be in any sort of constraints, they should get a peaceful life . Let’s do it.

Gireesh nodded his head. Ratan and Gireesh opened the ropes .

Pakhi came forward to hug him

Ratan : Naa beti naa , This man doesn’t deserve your warm hug, you are sacred girl and I am a big garbage which is filled with unwanted negativity.

Anshuman : Bade saab , Your sins are already cleared with the pure tears of love for your daughter. You loves your daughter and she also loves you , don’t separate yourself from it.

Ratan : Beti !! Why I wasn’t able to read your heart earlier ? Forgive me beti,I am really sorry .

Pakhi : Bawuji, today you win my heart by removing the constraints.My respect and love towards you have increased much.

Ratan and Pakhi hugged each other.

Ratan : Anshu, what kind of feeling is this ?

Anshuman : It’s called sickness of love , Bawuji . Whoever feels this sickness will never be cured . Sorry I called you Bawuji

Ratan : You should call me always that , beta.

Roopvathi : Beti I am also sorry.

Pakhi hugged both of them

Pakhi : Whatever you said on behalf of girls and women I feel proud on you both. I have a wish Bawuji

Pakhi : From now onwards all girls should be allowed to go schools and colleges . Education is necessary for bringing a change.

Bawuji : Sure beti . I am granting the permission for it.

Anshuman ; I have one more wish . We want to meet our Teacher Ji again who poured the light of knowledge towards us.

Bawuji : That will also be done.

Ratan : Now onwards you should call me Ratan only. We both are Sambdhan now .

Anshuman : Haan baaba  . You always wished to see Pakhi with me ,but feared a lot to say it. Hey naa ?

Gireesh : Haan Anshu. Pakhi bitiya  I have bought this to you.

Anshuman  : Even though I given a gudiya to you , you always love to have much more. My baaba used to make lots of gudiyas and that day you was playing with one of them only, Pakhi.

Gireesh : If you didn’t like this gudiya then I will make another one

Pakhi : Baaba , I liked it very much and I want to have more and more gudiyas. Will you make it for me ?

Gireesh : For my son’s pyaari gudiya rani , I am ready to make thousands of gudiyas.

Pakhi and Anshu started classes for educating girls and it was a marvellous change in village. 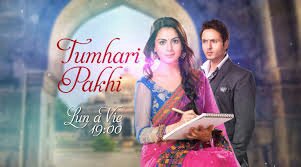 Haweli’s women were allowed to go out and the old teacher ji was appointed again at the village’s school. As everything was cleared Pakhi and Anshu got ready for their marriage. Kesar was looking Pakhi . She started singing

Kesar : Yahan aana naa dobara …you was singing like that only . But today I have changed the lyrics . You have to come again . 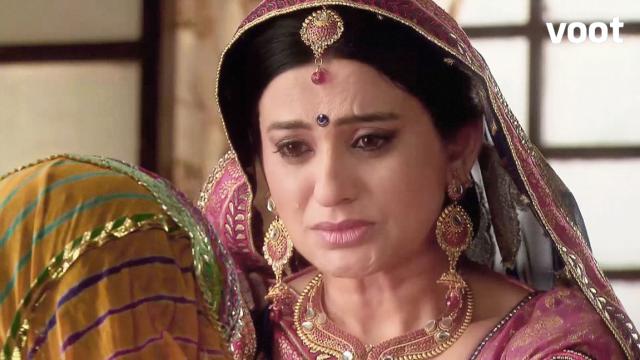 Anshuman : A mother’s love is same for her daughter always doesn’t matter how much she grows up.

After a while Pakhi and Anshuman got married happily. They receievd blessings from elders. Pakhi had an emotional good bye from haweli members.

Gireesh welcomed them with aarti. 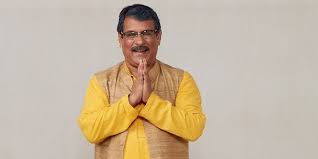 Gireesh : Bitiya you already knows my wife passed away in young age . So I am only here as your mother and father.

Anshuman ; Baaba now Pakhi bitiya has arrived and she will take care off us just like Maa. Hey naa ?

Pakhi : So much bangle boxes are here , why ?

Anshu : Actually those years when I wasn’t able to see you properly I made an assumption may be this or that bangle will be right fit for your hand.

Pakhi smiles and says :You are so cute Anshu

Pakhi ; I never thought this day will also come in my life.  I am so lucky to have you

Anshuman : Pakhi let’s forget all those past things. Now we both are happy and it’s time for us to getting

Anshuman : Sickness of Love , else what ? 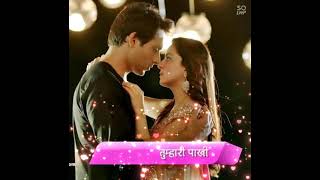 Pakhi : I love you deeply Anshu

Anshuman : I love you too Pakhi

They both underwent the sickness of love passionately at their beautiful wedding night.

AN : THANKS A LOT FRIENDS FOR READING THIS ONE . PLEASE DROP COMMENTS AND SUPPORT LIKE ALWAYS. I NEVER THOUGHT ABOUT THAT I COULD BE ABLE TO WRITE ON SUCH AN EMOTIONAL SOCIAL SUBJECT BASED ON PREM ROG. CERTAINLY PADMINI JI AND RISHI JI’S MASTERPIECE PERFORMANCES ARE TO BE PRAISED AT THIS TIME. I HAVE WATCHED THIS MOVIE MANY A TIMES AND TILL NOW IT’S ONE OF MY FAVOURITE.