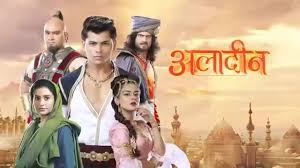 SAB TV’s Aladdin – Naam Toh Suna Hoga will soon air season 3 and the viewers are enthralled to watch the promos of the show already. They are now waiting for the show eagerly and the teaser served to them has piqued their interest.

Recently, the media reported that the show is going off-air and the audience will not see Aladdin anymore. However, when Ia leading entertainment portal got in touch with Sidharth to know about the same, the actor went on to say, “It’s not true, I am not leaving the show. I have already started shooting for season 3. The last season ended on a cliffhanger but now, the audience definitely has a lot to look forward to in season 3 and I have been having a blast shooting for the upcoming episodes.”

Talking about the character, Nigam revealed, “It’s totally different from Aladdin but he is Aladdin and this one is going to be a difficult one for me as I don’t have to do what I do.”