Reporters is based on the news world, on how people make news out of nothing to create hypes and get ranked in high channels by providing the user choice scoops. There is no limit between right or wrong in the world of journalism. A news maker should have talent to shape news, even if he knows the need to hide that piece of information. The difference between reality and fictional news is shown in the show.

Kabir Sharma is a famous journalist, whom everyone idolize and how he meets Ananya and they eventually fall in love forms the rest of the story. While Kabir is manipulative, shrewd and drops his sharpness down his feet to leave his foot marks, Ananya is ambitious to reach his place. They find themselves entangled in finding true love in middle of the journalism world, being unknown to the price of being together.

Kabir is confident, knowledgeable, adaptive, ambitious and have good leadership skills. He is a legend in his profession, where all the budding reporters wants to follow his style of reporting. He calls reporting an addiction. Kabir does not hunt for opportunities, and shows his style by letting them come to him. He gets the post of chief editor and impresses him boss by his cool attitude and good results. He aims to take the channel at number one position by his intuition and news making skills. While everyone admire Kabir and gets inspired by him, his move to support the wrong sometimes make others feel that he has sold his dignity. Kabir works for the world of corporate news.

She is an intelligent, fearless, honest, never-to-lose aspiring journalist. She works under Kabir Sharma and gets to know more of him being in the same channel. She tells how a person’s dignity should be of prime priority and even resigns to keep her words. Ananya is homely support to her mum. There is an emotional side to her as her father turns after 8 years. She works hard in the channel and takes up new tasks which she was not sure of completing. She goes against Kabir to get Nidhi’s statement, to fight for justice. She states her rights to use her talent in right way for the betterment of the society and does not fall prey to news making methods. Ananya takes a stand that she has not sold her self esteem and will fight for the poor and helpless.

Kabir Sharma gets introduced to everyone as a inspiring figure for all aspiring journalist. He shares few experiences of his career and also gives some tips in a journalism college. He calls news an addiction which he can’t get rid of and is happy doing it. Ananya is introduced showing the right news, and judging people based on facts and truth, rather than what makes them a good scoop to be telecast on the channel. Kabir gets chief editor post in the channel and promises to take the channel towards success. He holds a meeting with his staff and plans on making the prime time 9pm slot hit. Kabir and Ananya cover a news of a minister kidnapping a girl to marry her. 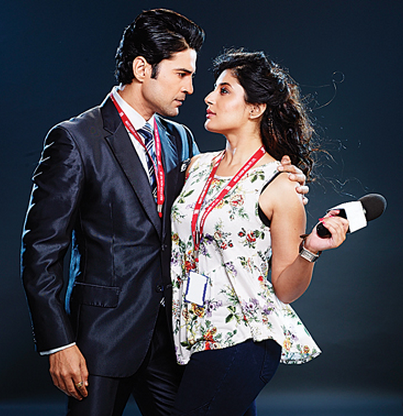 Ananya also gets the news by fooling the watchman by giving the empty memory card, but Kabir manages it superbly by his unique cool style. Kabir is stopped to air the breaking news, even then he interviews the girl and exposes the minister. Ananya gets impressed by Kabir and does not have words to talk to him. She stammers and gets insulted by Kabir. He assumes she can’t be a good reporter and this sparks a new challenge in Ananya. Ananya’s father was convicted as media made false accusations on him, and she recalls the moments.

On actress Nidhi Rane’s case, Kabir airs the improper and hyped news without knowing the truth to make the 9pm slot hit. Ananya goes against him and goes to take Nidhi’s statement in the s*x racket case. Kabir gets angry on her for going against the company rules. Ananya shakes up his conscience and questions of his self respect and right judgment. He airs the news before Nidhi’s parents file the case. Ananya loses out to Kabir and resigns from the channel. Kabir gives the news credit to Ananya, unlike before. Nidhi thanks Ananya for her help. Ananya gets sad seeing Kabir signing on her resignation letter and accepting it. She tells him that she will prove worthy of the job and regain it within one day. 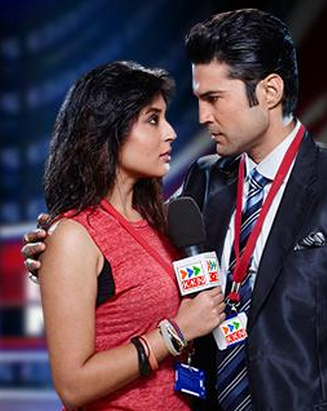 Later on, cricketer Krishna is supposed to come for an interview and Kabir meets him. He thinks to make the interview live. Ananya’s brother Armaan asks her to help him as they are trying to protest in favor of Varun. Ronnie helps Ananya in planning well and becomes her good support. She starts liking her and thinks to propose her soon. Varun is an aspiring cricketer who wants to get into the under 19 group, and begs Krishna to take him in the team. Ananya gets the conversation recorded. Ananya gives the footage to Kabir. Kabir takes Krishna’s interview and confronts him showing the video clip. Krishna gets angry on him. Ananya regains her job. Varun and his father thank Ananya for this favor, as Varun gets a place in the cricket team. 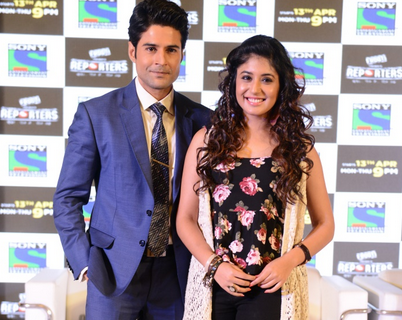 The story looked fresh on Indian TV, as such concepts on media journalism is not seen every day in middle of the daily soaps. There were huge expectations from Rajeev Khandelwal, as he made his comeback on small screen with this show. While the actor is doing a superb job, the show is failing to grab the eyeballs. Kritika Kamra looks good as Ananya, and pairs well with Rajeev. Even then they lack a chemistry between them and look just to be together to solve the tasks or outdo each other. The show lags by story unfolding the different themes and tracks. There is nothing tempting that makes the show watchable, other than the lead pair (if their fans are crazy enough to watch this show). The show would have put up real content in terms of fiction, rather than creating a buzz by its promos.

A never tried before concept on Sony makes it a good change for the channel, which needs to maintain interest in viewers by providing mix of fiction plus real situations, to make it real ground breaking news reporting series. One can enjoy the show in leisure to take a break from saas-bahu sagas.