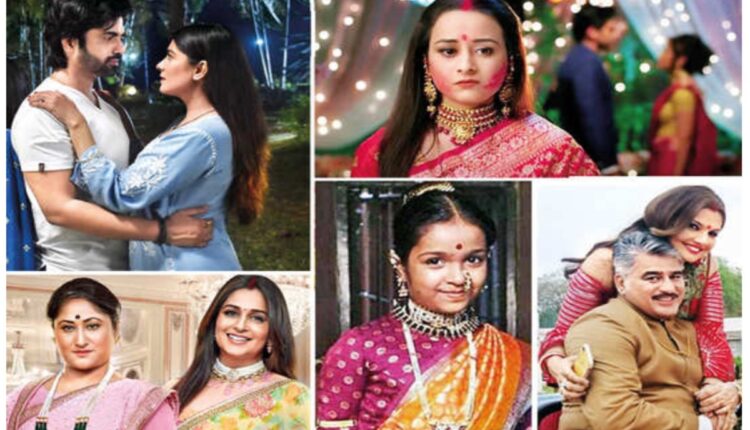 Although the Bio bubble concept is working for the makers of various TV shows who have decided to move their base out of Mumbai they are currently facing new types of challenges. The challenges vary from the increased cost to the uncertainty of shoot. Working in a new location and continuously producing fresh content is also a challenge faced by the show makers in the current scenario. Let’s take a look at how production houses are managing to keep the show going in these tough times.

It is draining to maintain two sets on top of it moving an entire unit to a new place incurs a lot of costs. The expanses have further scaled for the production houses as they are shooting at resorts, bungalows, and studios. In a conversation with BT, Producer Nitin Vaidya says, “Two of my shows, Punyashlok Ahilya Bai and Mere Sai — Shraddha Aur Saburi, have moved to Umbergaon. I have to maintain two sets and pay for the upkeep. Nobody wants to air re-reruns like last year, so we moved to a new location.”
He further adds, “We understand that cases are rising and restrictions are important, but there has to be a solution to this.” Producer Pawan Kumar’s shows, including Saath Nibhaana Saathiya 2, Santoshi Maa Sunayein Vrat Kathayein, Shakti – Astitva Ke Ehsaas Ki, Ranju Ki Betiyaan and Sasural Simar Ka 2 that are on air, are being shot at different locations. He says, “It’s not a joke to move so many shows out of Maharashtra. We are churning out fresh content every day, but following safety protocols,
sanitising the sets and operating from different locations is adding to the challenges.”

According to a source from the TV fraternity, “Production houses are managing to air new episodes, but it is getting tough because there’s no certainty that shoots can continue uninterrupted given the rise in the cases across the country. Everyone’s hoping that things get better in Maharashtra and shoots are allowed to resume in Mumbai at some point.”

Another problem is the availability of lead characters of the show because of which the story has to be tweaked, Pearl Grey, creative producer of Mann Ki Awaaz Pratigya 2 in conversation with BT, says, “Storylines have to be tweaked and our senior actors, too, haven’t been able to join us. So, of course, relocation hasn’t been easy. Creativity is suffering.”