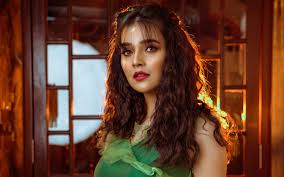 The buzz around the most watched reality show on TV, Bigg Boss 14 has already started. Every day we hear names who have been finalized for the show. We also get to hear the names of celebrities who are approached for the show and are currently in talks with the makers.  The promos of the latest season have already gone on-air and it has added to the excitement of the fans.

One celeb name that has surfaced in the media is about Mansi Srivastava. There are reports that she was contacted by the makers of the show for being a housemate this season. Mansi is a popular name on the tube and has been a part of many shows like Ishqbaaaz and was last seen in Vidya. It is reported in the media that Mansi has been approached for Bigg Boss 14 but then she never got a call back. In an interview to a leading entertainment tabloid, she said, “Yes I was approached but then they never reverted after that.” (Also Read: Is Zain Imam A Part Of Bigg Boss 14?)

Would you like to see her on the show? Drop in your comments in the section below. Watch out this space to know more about the show.

Did Mumbai Police LIE about Sushant searching ‘Painless Death’ on Google hours before he dies?