Kya hoga uska anjaam? (What will be it’s result?) Part 4

Veer was irritated about the letter.

Veer:How dare he write rubbish about Bani in this letter?I think there was someone who was behind Bani.Bani must hav rejected him.So in order to take revenge by stopping our wedding he sent me this letter.This fool thought that Advocate Veeranshu Singhania is a fool to believe his words by reading a letter.

He thought:Bani should not know about this letter.She will become upset.

I will find the person who wrote this letter and give him the worst punishment.After that I will reveal it to Bani.

Bani:Veeranshu,from your facial expression I can understand that something is bothering you.Don’t try to hide anything from me.Tell me frankly what bothers you.

Veer looked at her emotionally.

He said in his mind:Bani understands me so well.

Bani:I knew that you needed it.So I already kept it in your bag.

While taking the bag from the table by mistake the letter fell off his hand.

Bani’s eyes fell on the letter.Veer took it in a hurry and Bani noticed nervousness in his face.

Veeranshu saw Bani looking at the letter and tried to hide it behind him.

He thought:Bani is so intelligent.I have not experienced this much nervousness during any court case.

Bani:Something is there in that paper.

Veeranshu:This is related to my case Bani.

Bani just snatched it from his hand.

Bani opened it and read it.

She thought:This was the letter I sent him before marriage.

Veeranshu was finding it difficult to face her.

Bani:When I asked you whether you got any letter before coming to meet me you denied it.Then what about this letter?

Veer:Actually when I got this letter I did’nt have time to open it.So I kept it in my cupboard.Today only I saw this letter.

Bani asked him painfully with nervousness.

Bani:Veeranshu,after reading this letter do you feel like deserting me?Trust me Veeranshu.Jay is only my best friend.I love only you and Jay loves only Gunjan.

Veeranshu looked at her emotionally.

Bani became so happy and touched by Veeranshu’s words.

Veer:I promise you Bani that I will find the culprit and put him behind bars.

Suddenly he remembered Bani asking him about getting any letter after their marriage.

Veer:Bani,you know the person who sent me the letter.Right?In fact you expected him to send me the letter against you.That’s why you asked me about the letter that day.

Veeranshu took the letter from her and looked at it.

He looked at Bani in disbelief.

Bani said tearfully:It is my hand writing.I only wrote this letter to you.

Bani:It’s unbelievable as no one can write such stuffs about themselves to the man who come to see them with the marriage alliance.But I did it.Because I was crazy.

Veer could not even understand how he was feeling now hearing her confession.

Veer:Why did you do that Bani?

Bani:I was not mentally prepared to get married.So I wanted to stop you from coming to see me.I did’nt want to marry you.I thought when you read bad things about me you will decide not to visit my house and thus the alliance will get cancelled.But when I met you,my opinion changed.When our married life started I realized what a big blunder I did by writing that letter to you.But I became glad that you did not get that letter.Now when I saw that letter with you I got scared whether you will leave me reading that dirty letter I wrote about myself.But you told me that you don’t believe that letter.My respect for you has increased more. I don’t want to put you in darkness more.So I confessed that I wrote that letter to you.

Veeranshu-Bani looked at each other emotionally.

Bani:Please forgive me Veeranshu.Please don’t be angry with me.I can’t bear it.

Veer:Your Veeranshu can never be angry with you silly girl.

They both smiled and got into a sweet embrace again.

It was Jay and Gunjan’s wedding…

They took 7 steps around the sacred fire 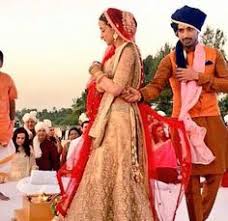 and Jay filled Gunjan’s partition of hair with vermilion. 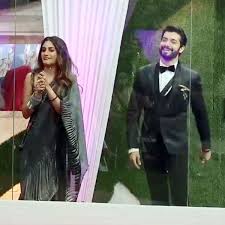 As the wedding rituals got over Veeranshu whistled to cheer them up. 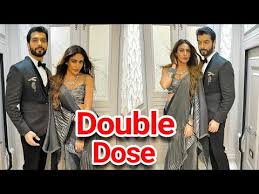 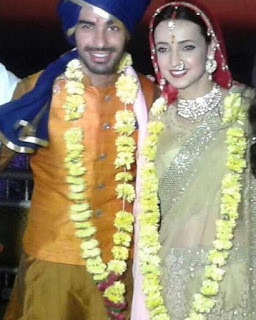 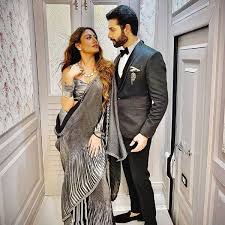 The letter part is inspired from the malayalam movie Porutham.I have seen not seen the movie except the climax,but I have an idea about its theme.But this FS’s story is different.

Thank u everyone 4 supporting me in this journey.Plz write your favourite scene,favourite character n why u liked them.