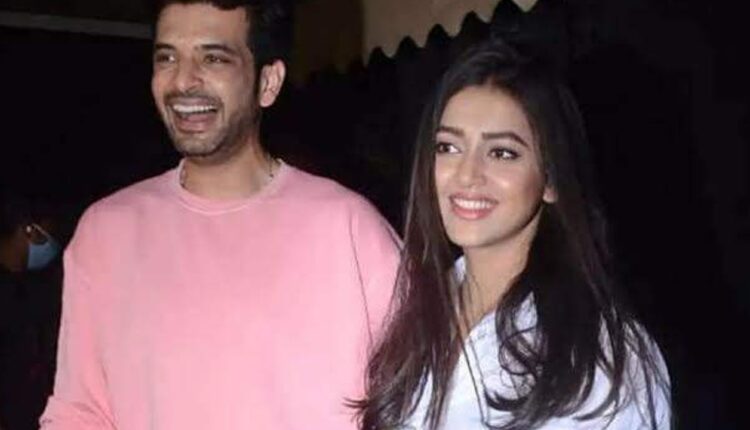 Karan Kundrra was recently in the capital to attend the Delhi Times Fashion Week. In an interview with BT, Karan shared that he drops by Delhi quite often, and makes sure he gorges on Delhi’s food. GK’s M Block Market’s chhole-kulche and CP’s Kake Da Dhaba’s chicken are his absolute favorites.

He added, “When I was in Punjab, most of my family and friends were in Delhi. So I would spend most of my weekends here only. I have made so many memories here. But now, whenever I visit the city, the only thing on my mind is khana (laughs). I have my specific joints here. Bees saal se main M Block wale chhole-kulche kha raha hoon, ek chhoti si rehdi se, aur CP mein ek Kake Da Dhaba hai, wahan ka chicken bhi bahut amazing hota hai. Mumbai mein toh bas Dilli ke khane ki hi baat karte rehte hain hum. And Delhi, undoubtedly, has the best food.”

Talking about his future plans, Karan shared that he doesn’t want to do television for now. “A lot of shows have been offered to me, but at the moment, I don’t want to do TV. I don’t want to do anything that stretches for years. I want to do projects that inspire me and challenge the actor in me. I recently finished a film, which will be announced soon. It’s from the makers of Mubarakan, and I am very excited about this project. And then there are a few other things in the pipeline, too. My fans will get to know about these soon.”

When asked about his dream co-star, he quipped, “It will be Tejasswi (Prakash), not because she is my girlfriend, but because I know that she is an extremely intelligent and passionate person. I would love to see her work with directors who create magic on screen. Tejasswi has an immense amount of potential. I hope she gets to work with experienced people, the veterans from the industry, I am sure she will shine.”

Karan also quashed the Roka rumors and said, “Twitter par toh roka kya, mere bachche bhi ho chuke hain, 3-4 relationships bhi hain, shaadi toh pata nahi 2012 se kitni bar ho chuki hai. People keep talking about things on social media, but jab kuch hoga toh hum bata denge. We haven’t thought about shaadi yet. We don’t have the time to think about it. She shoots for 12-13 hours for Naagin 6, and I have my things. We hardly get time to see each other, yeh sab toh baad ki baat hai. Even this time, when I returned from Delhi, she came to the airport to pick me up. Toh bas airport se ghar tak saath thay hum, and this is how we are managing.”

Aneri Vajani quits Anupamaa; says there is no scope of her returning to the show