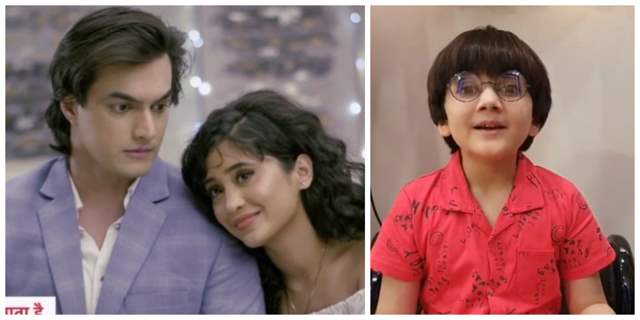 Now during these times when a pandemic has gripped the entire world, we are heading out to work every morning. Our telly stars too are shooting for their shows as everything has slowly resumed. All the precautionary measures in order to ensure the safety of their cast and crew are however being taken by the makers. They will have to follow the guidelines issued by the government and as per the guidelines, Children below the age of 10 and senior artists are not allowed on the sets.

However, Tanmay Rishi Shah who plays the role of Kairav (Shivangi Joshi and Mohsin khan’s on screen son) in Star Plus famous show Yeh Rishta Kya Kehlata Hai is still a part of the show and he will shoot via video calls as he is below 10. Speaking to a leading entertainment portal, he mentioned that due to the lockdown, he has come to his Nani’s place and he is enjoying the vacations. However, at the same time, he is missing going on the sets and shooting with Shivangi and Mohsin. “Now, I will shoot from here on the phone. Today, I also shot with Mohsin Bhaiya on video call. He calls me and I tell him, ‘Hi papa, how are you?’,” he added.

A source close to the portal revealed that looking at his popularity, the channel has decided that Tanmay will not get replaced and will shoot from his place on the phone. The source also mentioned that he will have all his scenes where he is connecting with his onscreen parents on video calls until he gets permission to shoot on the set full fledged.