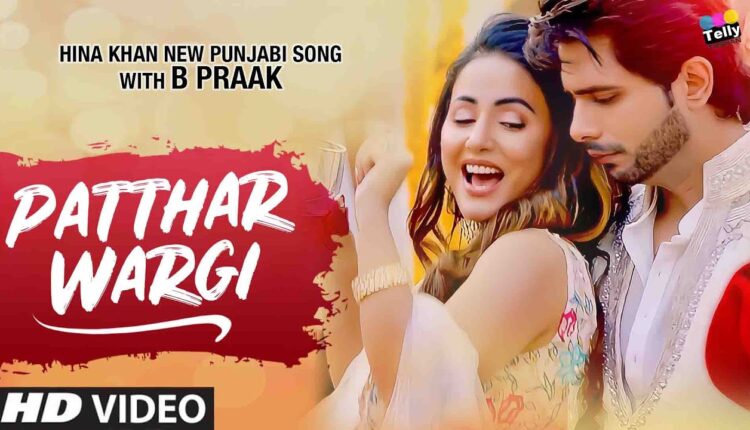 The much awaited teaser of Hina Khan’s new music video titled Patthar Wargi has finally released. Hine herself took to her social media account to share the teaser and it has received immense love.  The song seems to be a tale of love and heartbreak. The full music video will be out on Eid, May 14. The video stars Hina alongside Tanmay Ssingh.

The song is sung by Ranvir, Patthar Wargi also features B Praak, who has composed the music of the song. The lyrics are by Jaani and the music video has been directed by Kamal Chandra and produced by Anurag Chauhan and Vinay Gupta.

The teaser starts with Hina Khan and Tanmay Ssingh romancing each other. However, there is a twist as the on-screen couple falls apart in the latter part of the video. They are seen heartbroken. A text in the video reads, “Respect your love before it’s too late.”