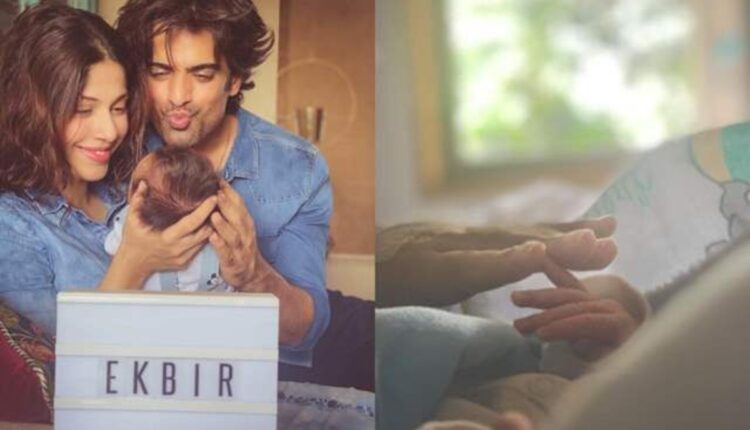 Addite confirms, “Yes, we have named our son, Ekbir. Mohit had finalised a name each for both boy and girl when I was six months pregnant. I loved the name Ekbir for our son. It was a thumbs-up from me right from the time he mentioned the name. It is a Sikh name and means ‘the only brave’. Besides, I love the name Kabir a lot and it sounds similar to Ekbir. For me, the name not only sounded beautiful but also had a beautiful meaning associated with it.”

The actress informs that they took their time to announce the name as they had to perform a small ceremony before they could share it with the world. She shares, “I waited because we couldn’t have announced the name before the ceremony that took place at home recently. It was attended by only immediate family members owing to the current situation. Among those present were my mother-in-law, my staff, which is more than a family to us, and my parents, who reside in the same building. In fact, we couldn’t even invite the pandit, as it wasn’t safe for our child. We connected with him virtually and performed the ritual. I wanted our close relatives from Delhi and my sister, who is based out of the US, to be a part of the ceremony, but that’s not an option at the moment.”

Mohit shared a post on Mother’s Day on his Instagram account, where he wrote: “Maa + Aai = Mai (sic)”. Addite says that she would want her son to address him Mai. “I would love him to call me Mai, as it is a combination of maa and aai and evokes a lot of love. However, let’s see what he picks up when he is growing up. I think Mohit would want to be called Baba, because he resonates with it, especially after his TV show, Kullfi Kumarr Bajewala,” she signs off.