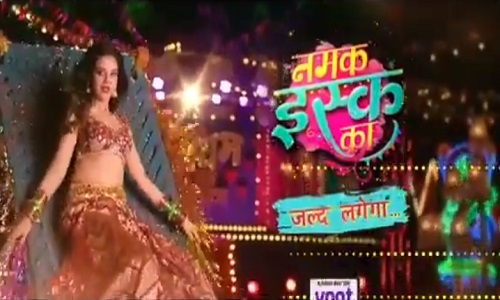 Gul Khan is a very popular name in the telly industry and many super hit shows like Iss Pyaar Ko Kya Naam Doon, Kulfii Kumarr Bajewala, and Ishqbaaaz have come from her production house. She has always worked hard to bring new and excellent stories. She has now taken to social media and has announced her new show on Star Plus, titled Imlie. And now, the producer shared a promo of her another show on Colors.

The show is titled Namak Ishq Ka. Gul Khan shared the promo on her social media. As per the promo, the show will feature Shruti Sharma who rose to fame with Gathbandhan and was last seen in Nazar 2. Gul wanted to cast Shruti in Nazar 2 but they couldn’t work due to the show’s abrupt and sudden end because of the onset of the pandemic.  Now the makers of Namak Ishq Ka have roped in Shruti as the main lead.

It has also been reported in the media that Vishal Aditya Singh, who was last seen in Bigg Boss 13, has been approached to play the male lead in the show. Have a look at the promo: