Bhavya:I know very well that Kabir is not the one who gave you the quotation.Then who?

Bhavya kept the gun near his head.

Bhavya:You better tell the truth.Because that person is not going to help you in any way. 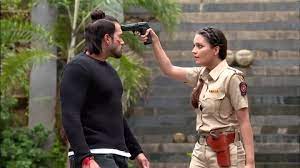 Vansh and Riddhima were shocked.

Bhavya punched him a lot.

Daksh:However you punch me,this is the truth.I swear.

Vansh:I will kill this liar.

Vansh extended his hand to squeeze his neck.Riddhima caught his hand. 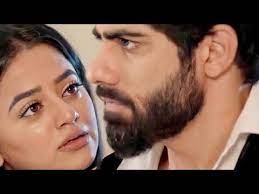 Vansh tried to control himself.

Maya was shocked to see him.

Maya:How come you are here?You were in the jail.Right?Did you elope from the jail?But why the hell did you come here?If police trace you,they will reach here and find my connection with you.

Daksh smiled:So what?Now I am caught.Let a criminal like you also be exposed before the police.

Maya:How dare you try to trap me?

Daksh:You need to be trapped as you killed your own brother and sister in law. 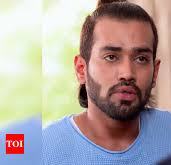 Vansh-Riddhima who were watching this invisible were shocked and shattered.

They burst into tears.They became visible to Maya.

Vansh:Why Choti?Why did you try to kill us?I can’t believe that my own sister killed me.

Maya:I am not your sister.I am only your stepsister.After your mother’s death,your father married my mother.After my mother passed away,your father always ill -treated me.He did not give me a single penny.All the properties were transferred in your name before his death.

Daksh was confused.As he was not able to see Vansh-Riddhima,he could not understand to whom Maya was talking.

Vansh:But I always loved you as my little sister Choti.

Maya:But I always hated you.Because of you,I was always ignored and sidelined in my own house.Even my own mother loved you more.

Vansh burst into tears hearing that Maya hates him.

Riddhima:Shame on you Maya.Vansh only spent money on your education and made you a doctor.You are so ungrateful.

Maya:But I can’t forget the bitter childhood I experienced because of you.I was always secondary for everyone.I was denied love.I decided that I can’t be devoid of properties.So  I decided to kill Vansh bhaiyya and Riddhima bhabhi.I decided to join hands with his biggest enemy Kabir.I came to know that he is in the mental asylum and I went there to meet him.He was getting cured.I discussed with him about my plan to kill both of you.But shockingly he refused to do so as he loves Riddhima bhabhi.Since he was taking mental treatment he had changed into a new person who had lost the criminal mind to kill his enemy Vansh too.So I decided to plan the murder alone.But he threatened me that he will expose me. I only planned the fire accident.That day I asked you both to go to the police station and complain immediately,so that I can send goons to kidnap you both on the way to the police station.I succeeded in it.My goons kidnapped you both and did the murder successfully.I did not want my name to be involved in this.So I asked them to name Kabir as the mastermind.Like that I put the blame on Kabir and washed off my hands.I made my goons kill Kabir in the mental asylum and made it look like suicide.I only did his postmortem and I could easily prove that it was suicide.Except Daksh,every goon tried to blackmail me.So I killed them.Thinking that Sagar is Kabir,I tried to kill him too.But he has luck.So he escaped.Since he is not Kabir,I spared him.

Vansh and Riddhima were shocked.

Vansh:How could my innocent sister kill so many people?

Riddhima:You are a doctor who was supposed to save lives took so many lives shamelessly.You are a shame to other doctors too.

Maya:My own life killed my innocence and made me a killer.Anyways,you both came back as souls to take revenge on your killer.So you want to kill me.Right?But ghosts like you can’t kill me.I have taken precaution by wearing a sacred thread.

Vansh:You have not understood your brother yet Choti.I loved you very much Choti.Even though out of hatred you killed me and my love Riddhima,I can’t kill my own sister.My conscience does’nt allow it.

Riddhima:But we won’t leave Daksh who killed us mercilessly. 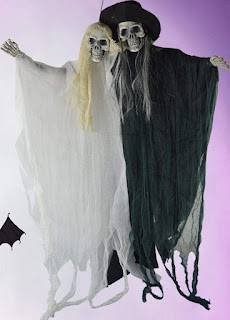 Daksh could not believe his eyes and got scared.He screamed.

Bhavya came along with the other policemen. 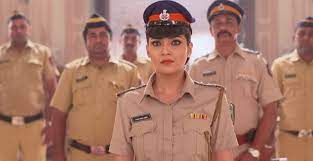 Bhavya:We have heard your confession of crimes and recorded it.

Maya was shocked to know that Bhavya was hiding behind and recording everything.

Bhavya handcuffed her while Maya screamed.

Maya was taken away by the policemen.

Bhavya:You should be happy that your mission is completed.Your culprits are punished.

Vansh and Riddhima were sad. 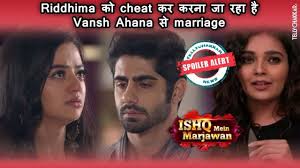 Vansh:But the culprit being my own sister is not allowing me to be happy about the successful revenge.

Riddhima:I also considered Maya as my own sister.So it’s painful for me also.

Sagar:I can’t believe the twists and turns of this story.

Ganga:But anyways the truth got revealed. 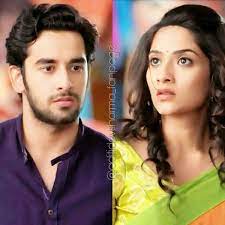 Vansh:Sorry for troubling you both without knowing the truth.

Sagar:Don’t say sorry.Thanks for misunderstanding me and troubling me.Only because of that we could find out the truth.

Vansh:Now it’s time for us to return to heaven.

They all became upset.

Bhavya:You can’t go before attending my engagement function which will happen tomorrow.

Ganga came out of the bathroom after taking a shower.

Sagar was lost in her.She smiled.

She tilted her head fast which made the water drops from her wet hair fall on his face.Ganga giggled. 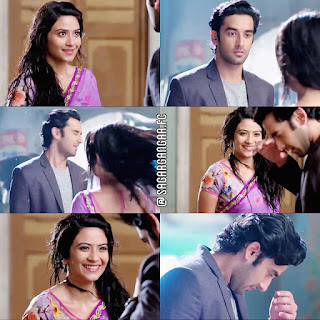 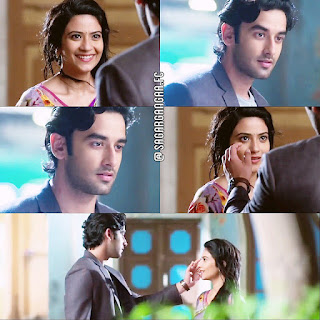 Vansh and Riddhima were sitting with Sagar and Ganga,

Vansh:Before going we need to meet Aryan.Otherwise we won’t get peace of mind. 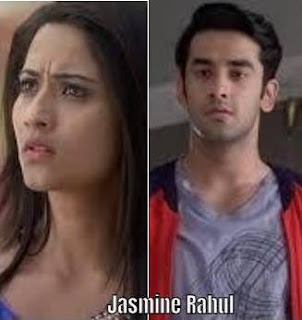 Sagar:We thought she was single.

Vansh:After marriage,Maya realized that Aryan married her only for her money.Aryan started troubling her.She told us that Aryan was a psycho who even tried to hurt their baby.Because he was a suspicious husband who doubted that the baby was not his.She filed a case against him.I also supported her and put Aryan in the jail for some time.Aryan cried and told me that Maya was lying and he was innocent.But I did not trust him because of my blind sister love.Thinking that he tortured my sister mentally and physically,I made the police harass him.I did a big mistake. 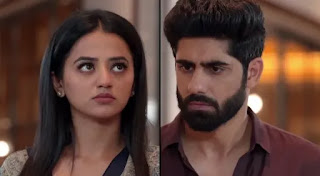 Sagar and Ganga were shocked.

Vansh:Before going,I have to apologize to him for all the sins I did.

Seeing them,Aryan got shocked and scared.

Mohammad Nazim on fasting while shooting for Tera Mera Saath Rahe; says, “Everyone comes together to share food”