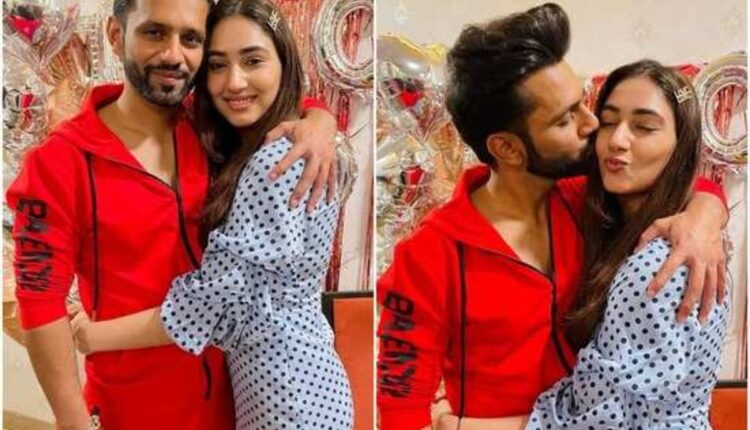 By Swikriti On May 3, 2021
0
Share
Love is in the air for BB 14 runner up Rahul Vaidya and his lady love Disha Parmar. Now that Rahul Vaidya is leaving for the stunt based reality show Khatron Ke Khiladi season 11, we are pretty sure that he is going to be missed back at home. He was in for a pleasant surprise recently when his ladylove Disha Parmar gifted him an expensive watch as he is all set to participate in Khatron Ke Khiladi 11.
Disha’s gift for beau is estimated to be around Rs 71,000. She gifted him the watch before he left for Cape Town, South Africa to shoot for the upcoming season of Khatron Ke Khiladi 11.

Rahul took to his social media account to share the video which he filmed while he unboxed the gift.

She read, “A little parting gift as you get on another adventurous journey and obviously, you are going to rock that too. Love you too much, DP.” To this he replied, “Love you too.”

Disha and Rahul are head-over-heels in love with each other. Recently, while talking to ETimes TV, Rahul confessed spending a lot of time with Disha as he missed her a lot in the BB house. We are all now waiting for these two to exchange vows.

Rahul is touted to be the highest paid contestant in KKK. Other celebrities who have confirmed their participation on the show are Arjun Bijlani, Anushka Sen, Divyanka Tripathi, Varun Sood, Sana Maqbul, Abhinav Shukla, Nikki Tamboli amongst others.

Aniruddh Dave is currently stable and under observation for two days