Hello guys here is the next episode

Recap: Rubel patches up with Adi. Jeevika and Virat bail out Viren from jail. Radhika is missing from office which makes Arjun concerned. Manvi is attacked

The person shuts Manvi’s mouth and aims the knife at her neck. Suddenly someone kicks off the knife from his hand. Manvi who closed her eyes in fright opens it to see Virat holding the guy and throwing him off the ground

Virat: How dare you?

He thrashes the guy. At the same time Jeevika walks in with the medicines. Seeing the happenings she is shocked

She runs to Manvi and hugs her. Virat picks the guy by his collar

Jeevika: What was he doing here?

He grabs his phone and walks out. The scene freezes

Viren: How is this possible? How can he do this?

He suddenly turns angry and picks his mobile and calls Rishabh

Viren: Rishabh can you mail me the details of the XXXX deal which is in your database for upgradation

Rishabh: Yes sir..Ill do it in 10 minutes

The call disconnects. He drops the file and runs to dadaji’s room

Viren: May I come in Dadaji?

Viren runs inside. Seeing him Dadaji senses that something is wrong

Viren: Dadaji that Karan is behind everything

Dadaji: We know that already na

Viren: Nahi..not that…I was just going through Gujral deal file for some reference …the deal which we thought that we lost due to Deewans..but

Viren: Now I found something from the file

He shows the file and explains something

Dadaji: So Karan did it..right?

Viren: Haan..I have asked for XXXX deal file too. I think it will be similar

His phone rings and its Rishabh

Rishabh: Sir I have mailed it sir

The call ends. Viren opens the mail and finds the file. His face turns angrier as he goes through it.

Viren: I guessed it right Dadaji. Its all because of him and his family

Viren: I need to meet you. Where are you Virat?

Virat: In the hospital. I came to see Manvi and…(he tells the happenings)

Viren: Has the police come?

Virat: Waiting for them with that idiot.

Viren: Good then. Call the police and tell them that he ran away. We have work with him

Virat: But..anyway you are saying so it will have some meaning. Where do I bring him?

Viren: The godown. Be cautious

Saying this Viren disconnects the call. Virat informs the police and walks in. He takes the guy with him

Virat: Viren asked to bring him to his custody and it’s something important. Be careful di..

Manvi: Viren is your boss right?

Jeevika: Its a long story Mannu. Now you eat your medicines

Jeevika in mind: God please be with them. Why is my heart fearing when Viren sir is involved in something dangerous..even in the police station seeing him in prison cell made my heart ache..whats all this

The scene freezes on a confused Jeevika

Viren and Virat tie the guy to a chair 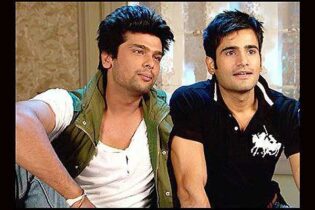 Viren: Virat do you know about the XXXX deal?

Virat: I heard that it destroyed your bua’s life and my bua was blamed for it

Viren: Haan but Avantika aunty is not at fault. It was Karan’s dad

Virat: What? So he was brewing our enemity

Viren: Exactly..now he has sent someone to kill Manvi..and tried to put me in jail

Virat: And bring back our enmity

Viren holds the guy by his collar

Viren: Karan only sent you na

The guy is silent. Viren takes a gun and places on his forehead

Viren: If you dont tell the truth Ill kill you right away

The guy: Sir..sir..Ill tell the truth…Karan sir only sent me

Virat: Great Viren we will hand him over to the police and get Karan arrested

Viren: We have other work with him Virat..

Viren: We are going to confuse Karan and make him lose

Virat: I don’t get you Viren

Viren: Its the plan you said that day

Viren: You will know soon…hey you do what I say..then you will get money and you wont be going to jail too for trying to kill Manvi

The guy nods and the scene freezes

He parks his bike and enters the house. Switching the fan on he slumps on the couch. His search for Radhika had been futile

Arjun in mind: Her local address is locked..her mobile is switched off..how will I find her? How will save her from a marriage she dislikes? Radhika…if I get one clue..just one clue Ill save you at any cost..where are you Radhika?

Just then his phone beeps with a notification. He opens to find a mail with SOS written in it.

Arjun: Official mail like this? Oh budhu Arjun..maybe Radhika’s mails and messages are being watched so she logged into official mail and sent you this. But whats this? What does this mean?

He thinks hard and finally bangs the table 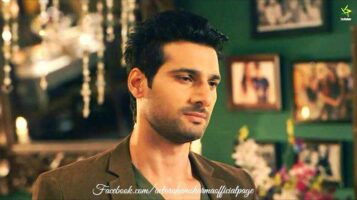 Arjun: Waves tell the place..it is…her native place in Gujarat a coastal place…wedding on Thursday is what other two emojis say..thanks yaar Radhika Ill save you at anycost.

Arjun messages Neha and Rishabh about him leaving. He packs his bags and leaves from there. The scene freezes

Adi and Rubel are sitting on a bench under the tree

Adi: Happy that you are with me after so long. 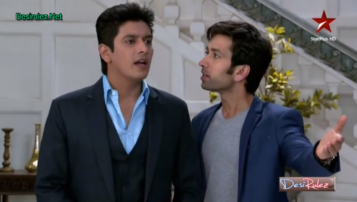 Adi turns to see Pankhuri walking to them

Adi: What happened? Why are you dull?

She takes a letter and gives it to Adi. He opens it and is shocked

Adi: Who is this brat? How dare he?

Rubel: What happened Adi? Give it to me..

Rubel: Arrey Pankhuri atleast you tell me..what made him this irritated?

Pankhuri: That Shivam from final year gave me a love letter

Adi: What are you saying?

Rubel : Adi..beautiful girls tend to get them. Pankhuri you are beautiful be happy. If you like him say yes if not say no..chill dude. Speaking of this where is my laila?

Pankhuri: I saw her at  the park nearby

Rubel runs to the park. Adi is still irritated but he doesn’t understand why he was so possessive on Pankhuri and why someone giving her love letter irritated him?

With that confusion he walks away to the class which makes Pankhuri sad.

Pankhuri in mind: What happened to Adi? He tore the letter and now he is ignoring me? This letter spoiled my day

Meanwhile Rubel reaches the park. He sees Payal near the lake lost in her world

Rubel walks to her and shakes her

Rubel: Madam..do you have any idea of going to class? 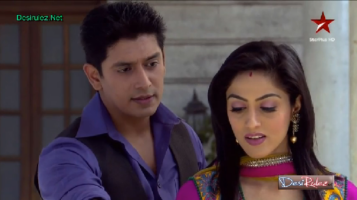 Payal: Not in mood Rubel

Payal: My mood is spoilt since long

Payal: Since freshers..since I saw you

Rubel: Payal…what are you saying?

Payal: Girls love the guy whom they like running behind them and Im no different but I cant hold my feelings anymore..I LOVE YOU RUBEL

Rubel lifts her in his arms and swirls in the air in happiness. Latika watches this. The episode freezes