Hai friends I’m back with today’s episode. Yesterday at two places I mentioned Prerna instead of Sona. I’m so sorry for that mistake. Thank you Jasmine for pointing it out. As per suggestion of Bhuvaneshwari Natasha will be paired with Neil and it will be a small side track. Lets go to the episode now

Dev and Sona are inside the car. There is silence in the

Dev: Sonakshi you are silent suddenly

Sona: What does that mean?

Dev: It means what it means 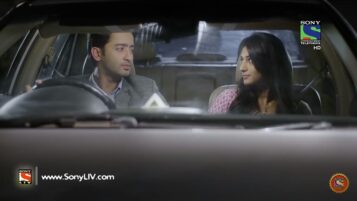 Sona: You say that I talk non stop

Dev: Initially i didn’t think so but after yesterday night

Sona: Why are you laughing?

Dev: I just remembered your face when the candle blew off

They pass across a coffee shop

Dev applies brake and the car stops with a screech.

She points the coffee shop

Sona: Dev why are you so boring?

Sona gets down and goes to his door and opens the door. She holds his hand and pulls him out

Sona: You stay here I’ll get us coffee 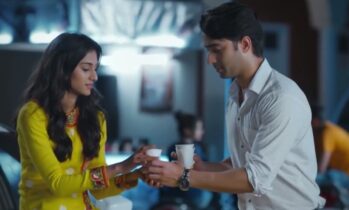 Dev goes and gets them coffee. He gives her coffee

Sona: Why? Its not pouring now lets sit outside.

She sits on the bonnet. Dev is amazed but he joins her. They start sipping their coffee . 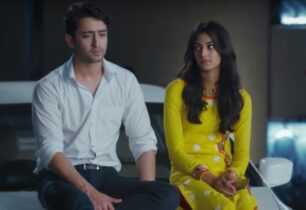 Dev: Did you feel awkward when i called you my fiancee?

Dev: I noticed your face was not bright when I told Natasha that you are my fiancee

Sona: Thats not the reason

Sona: I was jealous to see with another girl

Dev is shocked and Sona bites her tongue

Dev: What? What did you say now?

Sona gets down quickly and gets inside the car. Dev gets in and starts the car. Sona doesn’t speak anything till they reach home.

Sona gets down from the car.

She goes in. The scene freezes.

Next day Dev is in his office. Natasha’s secretary comes to meet him

Dev: Where is Natasha? It was her appointment today

Secretary: Mam is waiting down in the car sir. She asked me to meet you in person and tell you that hereafter Mr.Krish Gujral will collaborate in this project with you

Secretary: Sorry sir I don’t have an answer for this

Dev calls Natasha. She picks the call up

Natasha: Dev…sorry Mr.Dixit hereafter I won’t be a part of this project. My brother will take charge

Dev: Suddenly? And you don’t even want to meet in person to tell me. I’m coming down to your car

Natasha: Dev dont do it

Dev: Or else you come in

Within 5 minutes Natasha is in Dev’s cabin 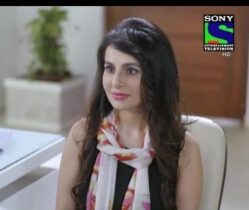 Dev: Why are you leaving this project suddenly. You said that its your dream project right

Natasha: But I din’t know that you are engaged

Dev: What difference does that make?

Natsasha: Nothing for you. But it makes difference to me

Natasha: Dev..I really didn’t know that you love someone else..if I had known these feelings would not have occurred.

Natasha: Thats the problem…you don’t understand how jealous I was when I met Sonakshi..that jealousy was because I really love you..oh sorry loved you,,If I continue to be a part of this project anymore I’ll not be able to control my emotions.

Dev: You love me?

Natasha: Yes thats why i told Dad that I will work with you. I really love you but I won’t disturb you after knowing that there is another girl in your life and you are engaged.Bye.

Natasha gets up and goes outside wiping her tears. She bumps into Neil who has come to meet Dev regarding a deal.

Natasha apologises to him and leaves. Neil notices her tears but doesn’t say anything.

Dev’s room is shown. He is lost in thoughts. He remembers Sona telling that she was jealous as he was with another girl. Natasha’s words also ring into his ears.

Dev: Sonakshi loves me?? But do I love her?? Or am I fooling her ?? Is this marriage for mom’s sake or do I love her? How should I find?

Miraculously  he over hears Nikki and Rhea’s conversation

Nikki: Rhea di when we are in love that person’s happiness will become our concern. We will never mind going to any extent for their happiness. When someone asks us the happiest moment in our life it will definitely be the moments with them. Without our knowledge will be start behaving according to them

Rhea: Nikki why are you saying all these

Dev : If what Nikki told is love I’m ..I’m in love with Sonakshi… if not..why would I worry about her not having scooty to go to hospital and send it through vicky..I would not have worried about her getting drenched and offered to take her scooty home or dropping her…its with her I smile..she made me laugh..I found her nickname cute but..before this I hated nicknames..I hate people talking nonstop but today her silence disturbed me..

He goes to the mirror. 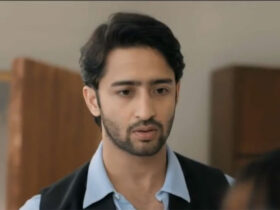 Dev: Hey buddu you are in love and you haven’t realised it. You needed a broken Natasha to make you realise it. Sona loves you..she felt jealous when she saw you with another girl.  She sat in your place in the havan..you thought that it is a duty as daughter in law…but she asked you to know about you and become a part of your life..the love of your life..[He hits him on his forehead] Arrey she may be thinking that i’m marrying her for Mom’s wish thats why she fell into  an awkward silence after blurting out that she indeed was jealous…Dev..come on..you have to propose her..Propose?? What else? till now you didn’t even ask her wish or tell your wish but started to say that she is your finacee. Get ready and go to her now..tell what you really feel..wait…wait..tell her what you realised…

HEY GUYS!! DO TELL ME HOW DO YOU GUYS WANT THE PROPOSAL SCENARIO TO BE. PLEASE TELL THAT IN COMMENTS BELOW. I’LL MEET YOU WITH NEXT EPISODE TOMORROW.