Hai friends Thank you so mich for your support. Please keep supporting. Let’s go to the episode now.

Natasha is storming into her dad’s room. 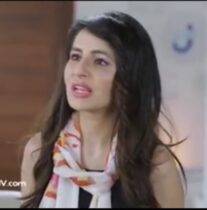 Natasha: Why did you sue De..Mr.Dixit?

MG: Beta..he was the one who removed you from the deal na

Natasha: Relieving from that project was my own decision Mr.Dixit has no role in it

Natasha: Everything is business for you Dad… but for him relationships matter that’s why he did sue you back..if you want to be happy in a real context withdraw the complain from him and continue the deal with Krish.
MG: Natasha beta you are young you won’t know anything

Natasha: Dad I’m an adult I know it and moreover it’s his wedding today..atleast as a gift don’t give this case to him and shame yourself.

MG: Okay if that’s what you say then I’ll withdraw the complain…seems like Dev is coward to send you to me

Natasha: Mr.Dixit didn’t tell anything to me dad…please stop being so old school…I’m not a baby to mug up what he told and tell you..I have my mind and I can speak it out…if you love me continue this project without hitch and withdraw the case too

Natasha comes out with wet eyes. 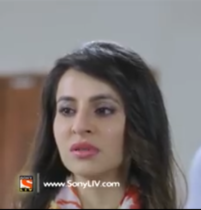 She takes her car and goes out . The scene freezes.

Scene shifts to Dev’s room. Sona and Dev reach the room and they are guided by Nikki,Rhea,Vicky and Neha. They tease them like hell

Vicky pushes Dev inside the room while Nikki and Rhea push Sona inside. Sona tumbles a bit but Dev holds her

Nikki: If you can

They giggle when Dev and Sona are awkward. The giggling sounds fade out and Dev holds Sonakshi’s hand

They break into a laughter.  Suddenly they hear a buzzing sound of an alarm.
Dev: Where is this coming from

Sona: How will I know

Dev runs here and there frantically. Atlast he finds it under the cot. He takes it out and switches it off.

Sona: Why did you keep the alarm clock there

Again this time two clocks start to buzz. Dev and Sona search for it. They see one of it under Dev’s table and bend down to get it. Their heads collide. 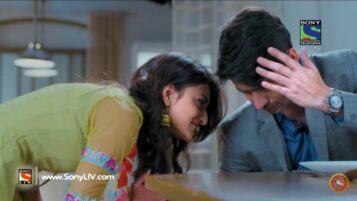 Dev wipes his forehead while Sona holds her head.

Dev: This is all the work of my sisters and that shetan brother.If one more clock buzzes I’ll …

Before he could complete the sentence another clock buzzes. Sona breaks into a laughter

Dev runs towards the cot and finds it under the blanket. He throws it down

Sona: Dev…why did you throw it down

Sona: Sorry…but you look cute when you search for those cloaacks( she yawns)

Dev: Sonakshi I know you are tired…let’s get some rest

Sona: Dev…shall I change before that

Dev: Should you ask for it..your bags are already inside you can very well change.

Sona: Sabse pehle I must remove these pins from my hair..they are all paining

Sona: Arrey Dev that’s no the cause of pain..it’s actually paining from the time I wore them..but Shaadi shore mein I didn’t bother much…but..

She starts to remove the pins but struggles to do it.
Dev: Ruko I’ll remove them for you

He makes her sit on the cot and and starts to remove the pins. 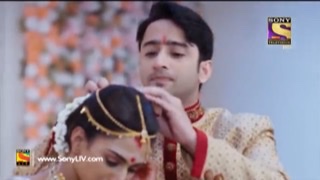 Dev: By the way I forgot to tell something very important

Sona: What is that

Sona: Acha…
Dev: Do you want to see her

Dev: Then look into my eyes…you will see her… 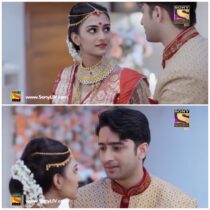 Sona: Wow Dev…you prove that you are a brilliant student…within very less time of introduction to love you have become a shayar…

Dev: Mein ek Acha student toh hoon but teacher toh tum Hona….it’s you who introduced me to love…taught me how it feels.

Kundali Bhagya 17th November 2020 Written Episode Update: Karan assures Preeta that he will not fight with her