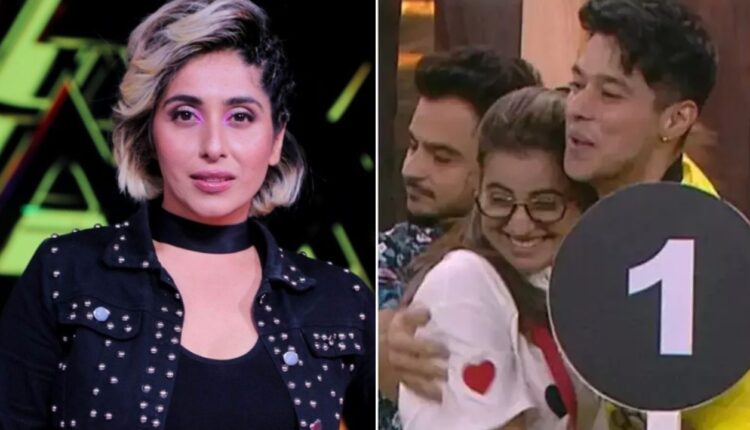 The Bigg Boss OTT house has become an arena with the contestants acting as gladiators who are ready to fight on the slightest of hint. The latest fight was a tag team match where we had Shamita and Neha on one corner while Akshara and Divya were in the other.

As usual, there was an argument going about the household duties. Divya was taunting Shamita for leaving her cooking duties without any prior notice. Neha tried to intervene with her sarcasm which was not well received by Akshara. She said ” tumhe bus taangein khol ke bethna ata hai” (all you know is sitting with your legs open)

Shamita got offended by Akshara’s comment and lashed out at her. She called her out saying what does she mean by that. Shamita also questioned her mentality while Akshara just realized what happened and tried to justify by saying that she didn’t mean anything like that.

However, the soup was spilled and nothing seemed to be helping the Bhojpuri star though she was trying again and again that she didn’t mean it the way they perceiving it. Akshara was later seen crying.

Perhaps sometimes a simple apology works better than lengthy explanations, but then it will need you to keep your egos aside.

Bigg Boss OTT: Pratik Sehajpal talks about being bullied as a kid for his northeastern looks