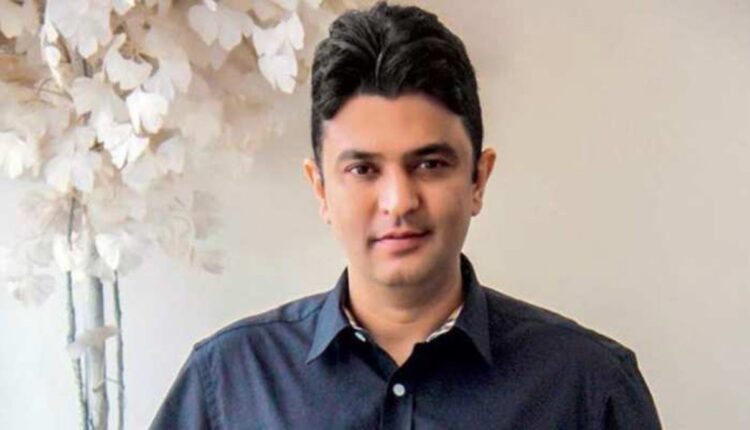 The media houses are buzzing with reports of rape allegations filed by a female model against T-Series Chairman Bhushan Kumar. T-Series responded to this and immediately issued a statement dismissing all allegations and stating that this is all a part of a conspiracy and the result of a failed attempt to extort money. The statement further stated that the rape allegation was unsubstantiated with the intent to tarnish the reputation of T-Series and its Chairman.

According to the latest report, Mallikarjun Pujari, a local political leader of Thane district, joined hands with a female model to extort money from Bhushan Kumar. Mallikarjun Pujari earlier approached Bhushan in June 2021 and demanded extortion money. He also threatened him that if the money is not paid then a girl will file a false complaint against him for s*xual harassment. IN order to take appropriate action against the threat of Mallikarjun, T-Series approached the Mumbai police and filed a written complaint against him in Amboli police station on 1st July 2021.

Talking about it, a police official issued a comment to ETimes stating, “Complainant Kishan Kumar has stated that between July 3 and 10, one Mallikarjun Pujari falsely accused his nephew Bhushan Kumar of raping a girl. The girl blackmailed the complainant by demanding money for not reporting the rape to the police and threatened defamation in the media as well. Furthermore, the girl’s friend has threatened to kill Bhushan Kumar which is why the complainant has lodged a complaint against Mallikarjun Pujari. An offense has been registered under Sections 386, 500, 506, 506 (2) of the IPC in Amboli Police Station, Mumbai.”

Disha Parmar and Rahul Vaidya talks about #thedishulwedding; former says, I feel very lucky to be his wife