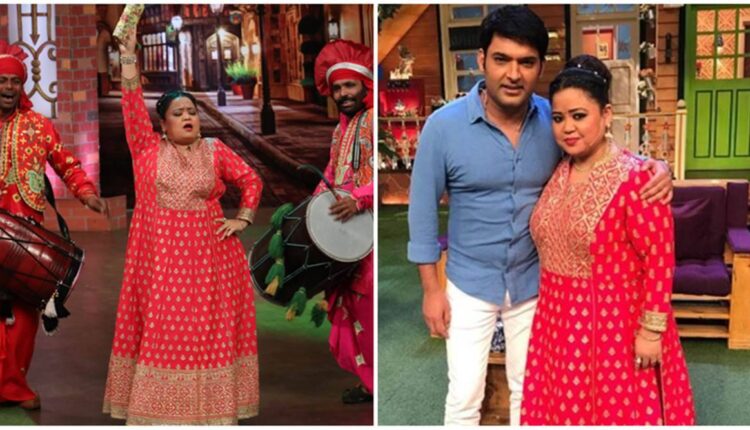 Bharti Singh OUSTED from The Kapil Sharma Show after her Arrest

Bharti Singh and Haarsh Limbachiyaa recently made headlines when the two got arrested by NCB in regards to their ongoing drug probe post Sushant Singh Rajput’s death. When a raid was conducted during the probe, a small amount of ganja was found at their home. The two were arrested and later granted a bail along with a fine.

As we know, Bharti is these days a part of The Kapil SHarma Show and the channel is making up it’s mind not to make her a part of the show anymore. While reports a leading portal suggest so, they further mention how Kapil Sharma, who is a good friend of Bharti, is not in favour of this move, and he does not want to judge her regarding the same either. None the less, an official statement from the channel is yet to be out, but the reports have it that Bharti will now be kept out of the show.

The reports are also saying that the reason for the maker’s decision is because The Kapil Sharma Show is a family show and that they don’t want any controversy around it. The show and viewership might get affected with all the negative publicity around Bharti and they don’t want that to happen.  Bharti has been a part of the show for a long time now, however, it looks like chances are, she won’t be seen on the show anymore.