Are you excited to see Aditya falling for Zoya in Bepannaah? (Poll Added)

Bepannaah , one of the most popular shows in Colors tv has been really interesting for fans these days as Aditya (Harshad Chopda) is realizing his love for Zoya (Jennifer Winget). Since Aditya had left Mumbai leaving no connection with anyone, Zoya had been doing many things to bring him back. Hence, after six months , Aditya Hooda returned as a result of Zoya’s plan. Since that day fans were able to see many Adiya moments in the show. Now Zoya considers Aditya as her best friend while Aditya is unable to understand his feelings for Zoya. Meanwhile Aditya offered a contract to Zosh Events Company (Zoya’s Company) , which is to throw a grand party for Aditya’s parents’ 30th anniversary. This will be getting Zoya and Aditya very much closer ❤


As Zoya realized that Aditya is planning to leave back again to Paris , she became heart broken but decided to allow Aditya take his own decisions. However, Aditya is not able to realize his own feelings towards Zoya. Noor and Arjun are trying to make both of them realize their bepannaah love for each other. Recently, Aditya accepted his love for Zoya which made all the fans crazy for the show ?.

Are you excited to see Aditya falling for Zoya in Bepannaah? Share your views ! 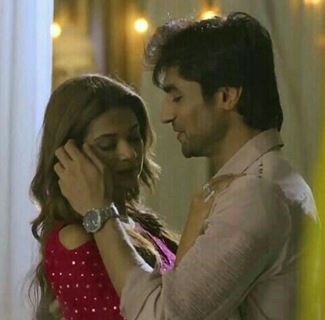