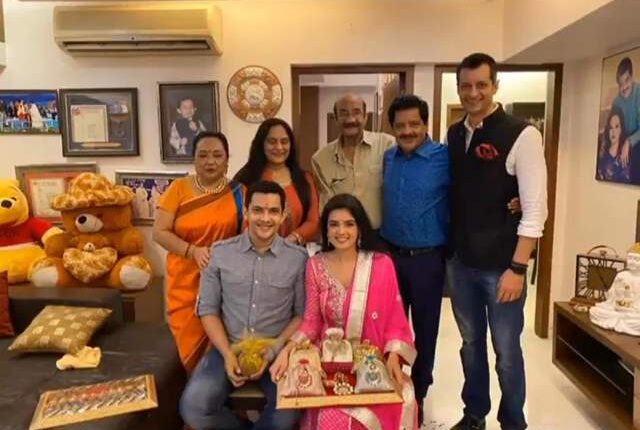 Aditya Narayan and Shweta Agrawal had a Roka ceremony!!

After Indian Idol judge Neha Kakkar, it’s time for the host Aditya Narayan to get hitched. He had earlier shared about his plans to get married by the end of this year. And recently, he also went on to announce that his wedding will take place in December. Yesterday the singing sensation has a roka ceremony with Shweta. He took to his social media account to share the happy moments with his fans.

Aditya wrote, “We are getting married! I am the luckiest man alive to have found Shweta, my soulmate, 11 years ago & we are finally tying the knot in December. We are both extremely private people & believe that it’s best to keep one’s private life, well, private.”

Not just this, Aditya is also going off social media to do all the arrangements, considering the wedding is just a month away now.

In an interview with Times of India Aditya revealed that “I met Shweta on the sets of ‘Shaapit’ and we hit it off instantly. Slowly and gradually, I realized I was head-over-heels in love and started pursuing her. Initially, she wanted to be ‘just friends’, because we were both very young and needed to focus on our careers. Like every relationship, we have seen a lot of ups-and-downs over the last 10 years. Marriage is just a formality between us.”

We wish the couple hearty congratulations.

UGLIEST FIGHT EVER between Pavitra and Eijaz!!