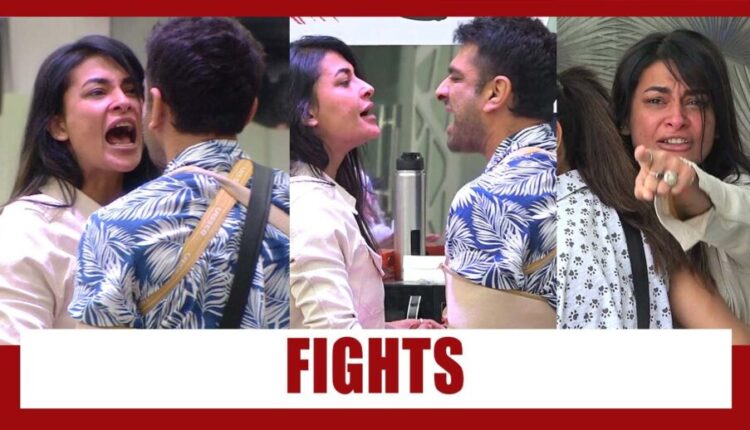 UGLIEST FIGHT EVER between Pavitra and Eijaz!!

Bigg Boss 14 house has become a battle ground and there is a roller coaster of emotions everyone is going through. In yesterday’s episode we saw how Pavitra felt hurt after Eijaz Khan saved Jasmin Bhasin from nominations and didn’t name Pavitra. And in the task Nikki Tamboli’s trick to save herself from nomination was truly ugly. The episode was explosive and it was evident that something will happen in tonight’s episode which will include lots of blaming and yelling.

Tonight Punia and Khan will enter into yet another ugly fight. And this one is actually going to be their ugliest fight ever. During this fight, Punia and Khan will be screaming on top of their voices where Punia will even be willing to hit Khan only to be controlled and stopped by Bhasin and Tamboli on different intervals.

However, it will not all be about madness where as we know already, actor Aly Goni, who is Bhasin’s closest friend is all set to enter the show. Yes! That’s right. There are rumors that Aly is Jasmin’s love interest and they are seeing each other. Have a look at him in the house:

Aditya Narayan and Shweta Agrawal had a Roka ceremony!!