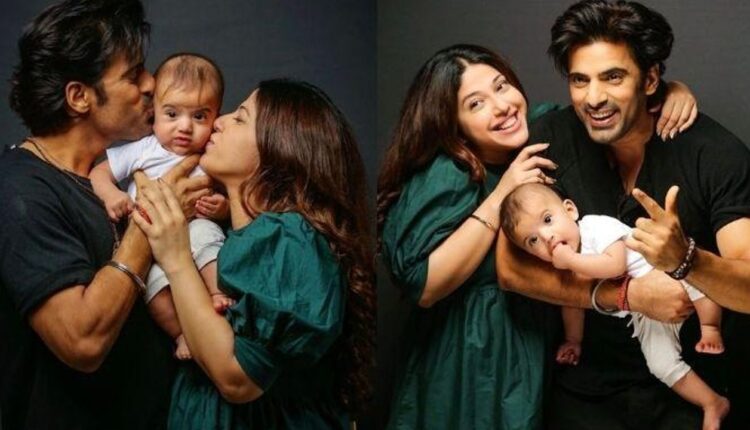 After Nakuul and Jankee’s son Sufi, Mohit Malik and Addite’s son Ekbir also had tested positive for the virus. Addite recently shared a long note on her social media account where she wrote about her journey as a mother.

She wrote, “My little Ekbir who has never had a fever till date, woke up one morning slightly warm. We checked his temperature and it was 102 degrees. The first thought that came to our mind was to test everyone and unfortunately, Ekbir and one of my house help tested positive. Initially, I was shocked. I was wondering how did this happen but then Mohit and I decided that we had to look at it positively. Ekbir would fight it out and so would all of us as a family with increased immunity.”

Mohit had tested positive last year around the same time. Addite was 7-months pregnant at that time.

New mom Addite added how they battled the virus together as a family. In the note, she added, “Children catch on to their parents’ anxiety and nervousness quickly. It took us 2 to 3 hours but we decided that the house had to be playful for Ekbir and touchwood by God’s Grace he is out of it. We were all isolated in separate rooms and we all finished our quarantine were tested and are negative. For me the learning was that yes Covid is dangerous and yes I was nervous but when it came down to it, we all fighters, including our children. Stay safe, take all the precautions but if you still end up letting Covid enter your home, remember not to give up! Fight it out and win the battle…”

Actress Kishwer Merchant recently wrote a long appreciation post for her husband Suyyash. Suyyash has been taking care of them after testing positive.