Ridhima and vansh were getting ready for their marriage.then ishani went to ridhima ‘s room and aryan went to vanhv’s room , then ridhima and vansh grabbing each others hand came down . 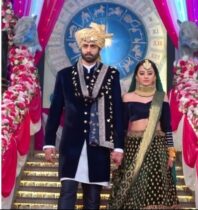 Then , they went to mandap and sat. 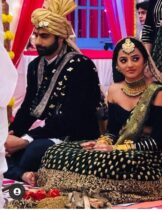 Then they performed the rituals . After completing the rituals , it was time for the pheras . Riansh took the pheras their first promise- HUM DONO HAMESHA SAATH RAHENGE.

Pandit ji- but beta there is no eighth promise

Riansh- pandit ji everyone takes only seven promises but today riansh will take their promise, the eighth promise.

then vansh tied the nupital chain in ridhima’s neck and filled her mangg with vermilion.then the marriage was completed.

After that ishani took ridhima with her to Riansh’s room .

Riansh are love ... Writing is my passion . Love yourselves. Enjoy your life . Wish me on 31 December

Are you my Soulmate ? Episode 12