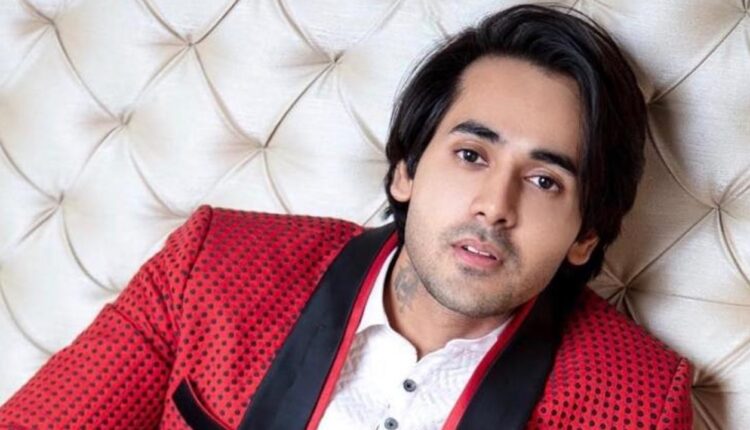 Yeh Un Dinon Ki Baat Hai fame Randeep Rai has returned to the small screen with Balika Vadhu season 2. The actor is super excited about his new role talked about it in a recent interview with ETimes TV. Randeep shared, “I know I am a part of such a huge project so I should feel pressure but honestly I feel if I take the pressure, I won’t be able to give my best to the project. There’s a responsibility on my shoulders now for such a big show and I know I have to be true to it. The experience working on the show, so far, has been great. The entire team is very warm and we are getting into the groove. We are bonding and we will try our best to show our teamwork and give the audiences a good project.”

He further said, “My parents didn’t know that I was doing the show and they got to know about it from the promos. I had not shared with them that I had signed the show. I went to Goa to shoot a music album and then straight to Mumbai to shoot Balika Vadhu. So while I was shooting the promos, doing promotions, they were unaware that I had signed Balika Vadhu 2.”

The actor shared how he reacted when he was offered the show, “When I was offered the show, the first call came to me when I was at home. I was with my family. Whenever I am at home and I get a call, I put it on speaker. After I disconnected the call, my parents’ reaction was that it is Balika Vadhu just go for it. When they told me, it was like I had to do it. Also, after Un Dinon Ki Baat Hai, I had to do something substantial and big and I think Balika Vadhu is the right choice. I am really happy and excited about the show,” he shared.

Talking about his hiatus of 2 years Randeep shared, “When Un Dinon went off-air I had consciously decided to take a six-month break because I wanted to spend time with my family and friends. Then I decided to return to work, I signed a show in the first week of March 2020 and we all know after that lockdown was announced because of COVID-19. Since the pandemic was new and nobody was understanding what should be done next, that project got shelved. Then after things started getting normal, I wanted to do something different and new so I concentrated on social media. Also, I did a cameo role in a project on OTT. There were other projects also which were offered but things did not materialize and finally, I got Balika Vadhu 2,”.

Talking further about the pandemic, Randeep said, “When the lockdown was announced and the pandemic hit us, initially things were fine. But slowly it started playing on my mind that I am sitting at home when I am ready to make a comeback. But now if you ask me, I feel the pandemic has changed all of us. Now, I look at things differently whether it is relationships or family. I have become mature now and started valuing life more. More than professionally, personally I’ve grown a lot and there are changes. Work-wise I never felt bad as we all were together in this. We were at least lucky we had a house, food, money, but there were people who had nothing.”

Ankita Lokhande gets injured a few days ahead of her wedding