Sony TV’s Dil Ki Baatein which started on March 23, 2015 is going off-air. This came as a shock to the makers and the cast of the show as well. The show is getting replaced by 2025 Jaane Kya Hoga Aage, which starts 31st Aug Mon – Fri 9:30 PM. Ram Kapoor and Gurdeep Kohli starrer Dil Ki Baatein Dil Hi Jaane started on a very good note bringing to light the disease of cancer. The show brought to light a tale of man whose life changed after his wife’s death. The show had the story of Anandita who suffered from a terminal illness – cancer and wants to embrace death to rid her loving husband and two kids of all the agony they are going through to bring her back to life. Ram is not ready to let go of his wife and is ready to go to any extent to save her. 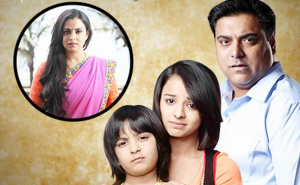 The show is all set to bid farewell to the small screen. It could not connect really well with the masses and the channel decided to pull it off air. The show did not succeed in garnering good TRPs. It’s a heartfelt story of a loving family caught in a crisis which is non-reversible. Ram Kapoor and Gurdeep Kohli as a lead pair add their charm to the story. Chemistry between Ram and Gurdeep was outstanding. Sai Deodar recently added to the cast of the show. She was paired opposite Ram after his wife’s death. She played the role of bar singer, who meets Ram. They embark on a very different relationship, wherein they were seen supporting each other emotionally. The serial is too tragedy centric, but the concept pointed out that tragedy is not the overpowering element, since the show turns to be inspiring and highly emotional. The serial traced the journey of a man who has hit rock bottom in life and how he stands up after shattering post his wife’s death. Would you miss Dil Ki Baatein Dil Hi Jaane on Sony TV? Let us know in this poll.