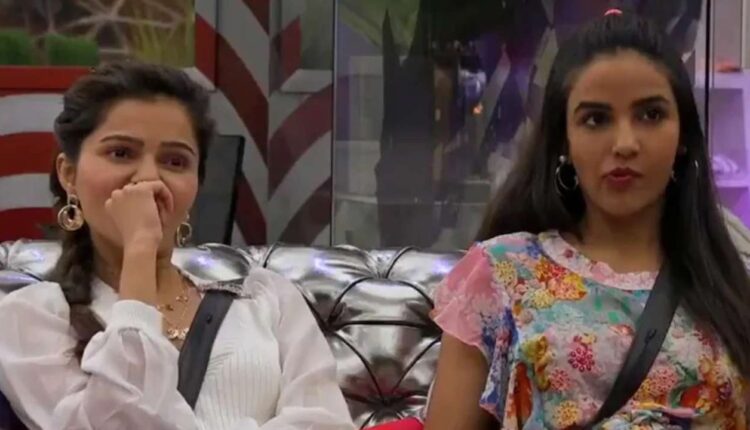 Will Rubina and Jasmin Mend their Broken Friendship?

BIgg BOss 14 was a season full of shocks and surprises. This season’s winner Rubina Dilaik and Jasmin Bhasin, who were best of friends in the beginning of the show saw them transitioning into arch enemies who can;t even stand the sight of one another.  While the Shakti actress had tried to mend things, Jasmin seems to not let the bygones be bygones.

When Jasmin has entered the house for the last time, she even tried to brainwash Aly into believing that Rubina is conniving against him. In an interaction with Etimes, Rubina shared her views on her fall-out with Jasmin and if there are chances of a patch-up.

“After all the efforts I have put in to save my relationship with Jasmin, I feel I should give her some time and space because she is carrying the burden and baggage of past things. Till the time she doesn’t shed off that it will be very difficult for me to put in efforts again and again. I believe in giving people their space and time because till the time your heart and mind is not clear of the baggage, you won’t be able to see other’s efforts towards you. So, I have forgiven what she has done, I am on a way to forget things also but for me to make another effort she has to be receptive. ‘Aur Uske liye woh Tabhi hoga jab woh Apna pichle baggage chod degi’. It will be nice and easier for her also. I feel moving on in life is more important than holding on to things,” she said.

Rubina’s equation with Jasmin may have turned sour, but her bond with another housemate Nikki Tamboli only grew stronger with time.

Talking about her bond with Nikki Tamboli, Rubina shared, “Nikki is a kid and we all have seen that. She always hid her soft side and highlighted the rude and harsh part. I saw that within the initial days of Bigg Boss itself but we did not get time to express. And when she returned to the show she came with a fresh perspective, I openly welcomed her. I have that faith that she has a very beautiful side to herself and I always praised her for that. When you start showing people their good side they start loving themselves more. That was my whole intention to let her know that she was beautiful when she is soft, accepting and that she has the potential of being kind as well. I just became a way of showing people her soft side and I am happy she embraced those feelings,” said the actress.

Kapil Sharma spotted at the airport in a wheelchair, being rude with media