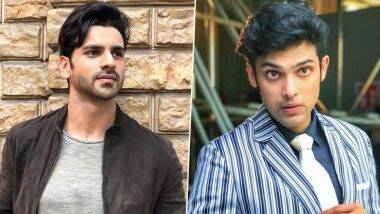 Vivek Dahiya Opens up on Replacing Parth Samthaan in KZK2

News around Star Plus’ Kasautii Zindagii Kay 2 seems to keep finding it’s way to the media. Now that we know that KZK2’s lead Parth Samthaan has decided to part ways with the show, there is a name which is awaited to replace him. However, it is mentioned that the producer Ekta Kapoor is keen to have Samthaan continue in the show while the channel is fine with him leaving.

The makers are now frantically looking for a face to fill in the shows of Parth and essay the role of Anurag Basu on the show. From the likes of Barun Sobti to Pearl V Puri any many more have been considered. One of the names which was popularly being discussed was that of Vivek Dahiya. The actor, who was last seen in Qayamat Ki Raat was one of the names that popped up in the list in Zoom Digital. However, it turned out to be a rumor as the acator denied being a part of the show yet to a leading entertainment portal.

While Dahiya and Puri have both denied being a part of the show now, whether or not Sobti or anyone else will be seen as Anurag, only time will tell.