Urfi Javed is the internet sensation everyone is talking about these days. Some are her admirers who appreciate her taking all the pain of working on her unique dresses, thinking about the locations of calling the media and facing the world with a brave face. On the other hand there are some who question every move she is making. However, there is a heavy price Urfi pays for all the media attention she gains.

Her style sometimes hurts her emotionally with the reacts it fetches and sometimes ppohysically with the bruises they leave. From broken glass to safety pins, the actress has used almost everything that’s out-of-the-box to make her outfits. And her latest experiment failed miserably as she got badly bruised.

Urfi took to her social media to showcase a picture of her shoulder full of bruises and wrote, “Maine ek aisi cheez ki dress banayi ke mujhe hi chot lag gayi ache se (I made a new dress from something that has left me wounded).” 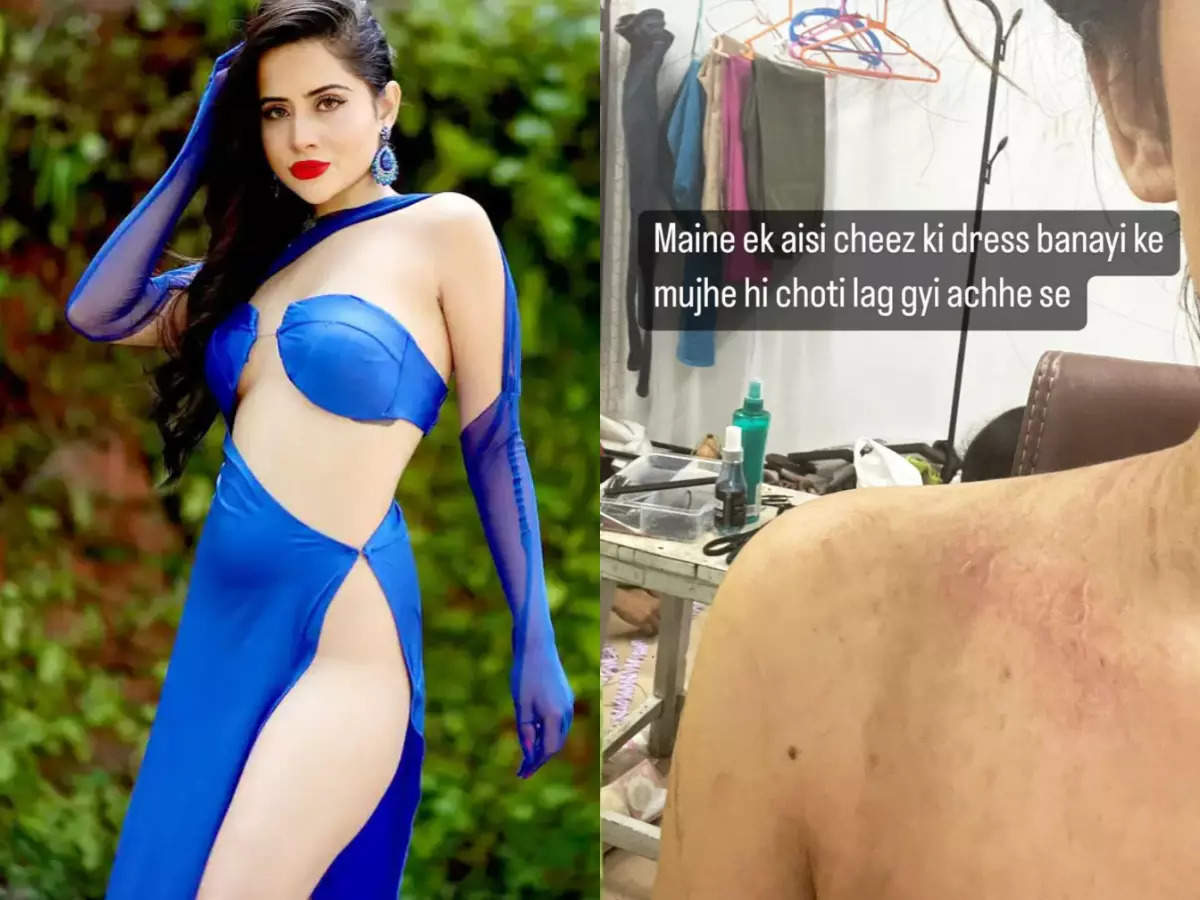 It’s not the first time that Urfi has gotten hurt.When she had worn a dress made of metal chains and broken glass, they too left her badly injured.