Mohini : Are you sure Ram, before holding my hand you need to look every where .

Ram : I have decided it Mohini. I can’t see you in pain. You are coming with me . That’s all. 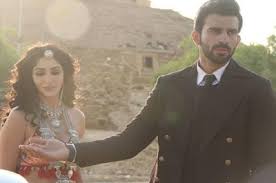 Ram : Hold my hand and come with me Mohini

Mohini smiles and holds his hand.

Mohini and Ram came happily inside the palace. Suddenly a woman came there and pushed Mohini out of the palace. 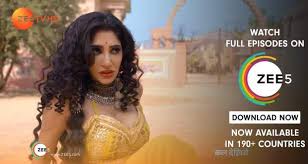 Mom : She is a maid’s daughter, she can never be your princess, this is a royal family and you should marry girl from royal lineage only.

Ram : Mom, I am not interested in the alliance which you gave , I already told it .

Few guards came and they took Mohini with them. Ram screamed Mohini, Mohini…But no one listened to him.

Ram heard a girl’s song. He walked out and followed the girl and he find out that it was his Mohini only. 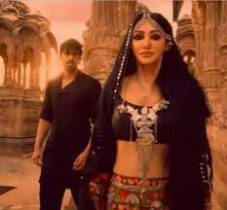 Ram : Mohini, where were you ? I was worried for you a lot .

Mohini : Ram give me so much of love so that I can go with a peace of mind.

Ram felt something magical and catchy in her eyes. He went with her . They went into a deeper jungle and starts melting in love

Suddenly she fell down in his arms

Mohini : It’s time for me to go , Ram. I am no more a human, I am ghost only. Those guards killed me brutally Ram.

Mohini turned into her ghost form