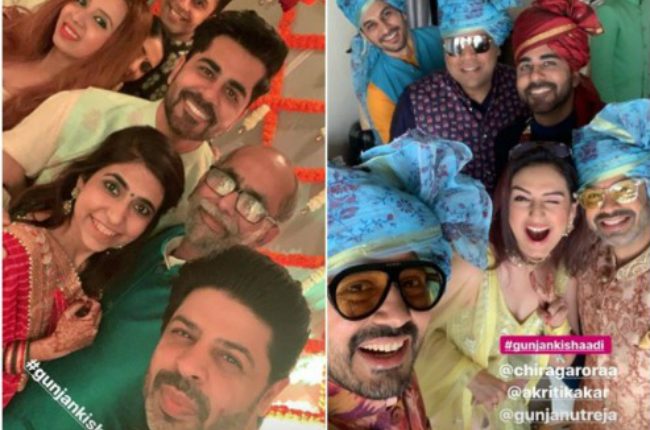 Madhubala: Ek Ishq Ek Junoon fame Gunjan Utreja is now a married woman. He tied the knot to his longtime girlfriend Deepika in a private ceremony on November 20th. The wedding was closely knit affair attended by just friends and family. From the industry a few prominent faces were marked in attendance.

Ssumeir Pacsicha, Maniesh Paul, Aparshakti Khurrana, Aakriti Kakkar, Harshdeep Kaur are some of the known celebs who attended the wedding. They were also seen dancing their way to the wedding in all the ceremonies as well.

After the wedding ceremony, a post celebration was held where Gunjan himself became the host and enjoyed with his friends and family. Take a look at the pictures:

Kamya Punjabi all set to tie the knot to Shalabh Dang on February 10, 2020