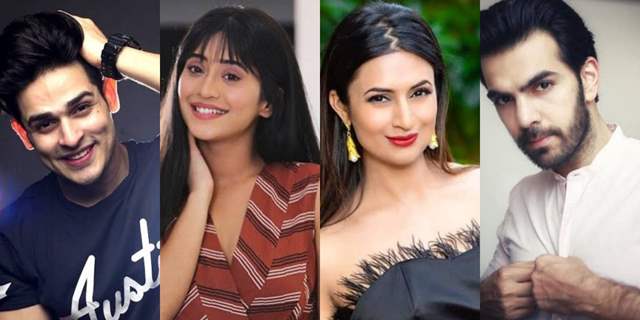 They were not stars when they were born. They too walked down the path laid with thorns, proved themselves a million times and now after tasting the waters of a seven seas, they have made big in the industry.  Auditions are those gateways to glamour which leave a permanent mark on an actors lives. The first auditions are always memorable as some feel pride in reminiscing those memories and some find themselves a lot kiddish way back then. Several actors have shared from from time to time, the stories of their first auditions. Want to know who did what?

Shivangi Joshi: It was very bad and funny. In my first audition, I wore some blue color suit. When I first entered the industry, I was a tomboy and I had to deliver the dialogue as a girl so I used to change my voice in a girly tone. The video is still on Youtube and whenever I watch it I laugh a lot like I had to be very soft-spoken and timid types which I am not.

Meera Deosthale: My first audition was for a movie. I don’t know what it was or where it was but there were a lot of people around.

Karan V Grover: My first audition was a Zee Music VJ Audition which I gave with my friend Adita Wahi and I still remember we auditioned at Andheri west and I was very nervous. I wore orange pajamas to the audition and the producer said, are you going to give an audition in pajamas?

Jennifer Winget: It wasn’t actually an audition, it was a photoshoot and it was for a magazine called ‘Young Mother’. I wasn’t the mother.

Priyank Sharma: I think I was 18, it was with Yashraj and Deepna Kumar is the reason that I am actually in this industry because she saw me performing in Shaimak’s and I remember her calling me for one of the movies of Yash Raj but I was too young and I was a dancer, I never thought that I can be an actor.

Divyanka Tripathi: I think that was for India’s best.I didn’t even know what to do, I didn’t know acting, they gave me something to read and I did and I got selected.

Radhika Madaan: My first audition was in GK, Delhi. I thought that they were fake, I went there with my two guy friends with hockey sticks. Somewhere I got there and I saw that there are actual auditions happening.

Param Singh: I went to pick up my sister and that guy thought that I should act. My sister didn’t get that ad and I got it. They asked me how much money will you take, I said 50k, then they didn’t call after that. Then from 2013, I started auditioning.

Rohit Suchanti: My first audition was the day, I landed in Mumbai. They gave me a huge script and when I went in there I couldn’t say anything and it was such an insult and I felt bad and embarrassed.

Harshita Gaur: My first audition was for Sadda Haq and I was very clumsy. I thought I had a bad audition. Then they told me that’s what they needed.