The Mysterious Culprit: Vyom or someone else? Chapter 28

The next chapter start with,

Vyom raised Sharanya in his arms and took her to her room.

Everyone goes to the room behind them.Maharaj Giriraj asked Samadhi to call the doctor.

A doctor came and examined her.

Doctor: There is nothing to worry about. Everything is under control.

Karan: But why did Sharanya faint?

Doctor: I didn’t get that reason either.

Maharani Mainka: It’s fine, Doctor. Sharanya is safe and sound, that is enough.

Samridh: I think she’s tried today. Since morning, she has been helping us in the celebration.

Doctor: Then, I prescribe a medicine. You can give it to her.

Udayveer: Come doctor, I will drop you. 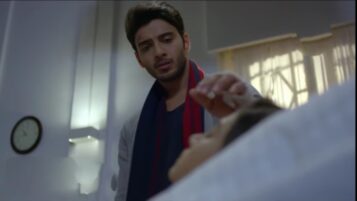 Maharani Mainka: I think we should let Sharanya rest here. We all must leave.

Everyone left, except Sharanya’s friends and Vyom. After everyone is gone, Rahul also tells Vyom to leave. But Vyom didn’t pay any attention to his words. This angered Karan, he grabbed Vyom’s hand and drove him away from Sharanya.

Vyom (shocked): What is all this? What are you doing?

Rahul: Oh really? We should ask you, what is all this? What have you done to Sharanya?

Vyom: I don’t get anything. Why do all of you always blame me for hurting Princess? I can’t even imagine hurting the Princess. She is my love. She is my Princess. 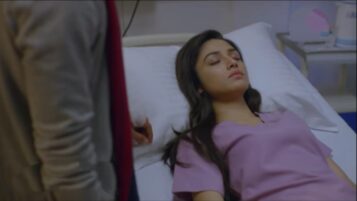 Karan: Stop this all nonsense. By addressing someone as a Princess, you can’t prove your love. And what kind of love is it, in which you, yourself kill your beloved wife on such a petty thing?

Vyom: Yes, I remember my previous birth but I didn’t hurt Sharanya, it was an accident.

Rahul grabs Vyom with his collar.

Rahul (shouting): Stop making more stories. Tell me why you kill Sharanya? Why do you want Sharanya back in your life, when you don’t know her worth? Tell me?

Meera and Aadhya try to stop Rahul but in vain.

Everyone turns towards door. Kulguru was standing there.

Vyom: Kulguru, what they are talking about? Why did I try to kill Princess? And why would I?

Aadhya: Kulguru? I’ve heard a lot about you. In this Devgarh, everyone respects him a lot.

Meera: He knows everything about the Royal Family’s past, including reincarnation.

Karan: All this has no meaning. He is only Prist of the Royal Family.

Vyom: Tell Kulguru, what is the reason behind speaking such things to me?

Kulguru: I know everything, Prince. There is very big confusion.

Rahul: Confusion? What kind of confusion?

But before Kulguru can say anything, Sharanya get conscious and shouts ‘IRAVATI’…… 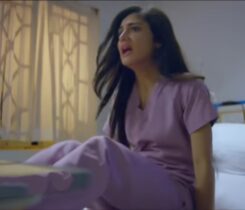 Everyone rushes to her. Vyom and Karan try to pacify Sharanya. Aadhya give her glass of water, but she didn’t take it. Karan tries to hold Sharanya’s shoulders, but she jerks his hands and suprisingly, hugs Vyom tightly. 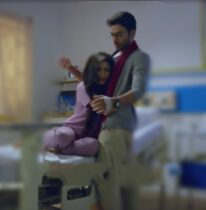 Her friends get shocked. 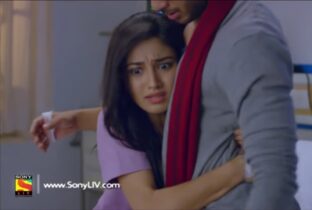 Vyom (tries to pacify her): No, Princess. It was not your fault. Relax Princess, relax….

Rahul (confused): What is happening here? I didn’t get anything.

Karan: But now, I come to know everything. All this is Vyom’s plan. He has cast some magic on our Sharanya, perhaps with the help of this Kulguru.

Meera: No Karan, it can’t be like this. You can’t blame anyone.

Samridh (enters the room): And especially on Kulguru. He is the most respected person here. For us he is like our family member. For centuries, his ancestors have been guiding our family.

Sharanya after hearing the conversation come into her sense and move away from Vyom.
Sharanya grabs Karan’s hand, who is standing near her.

Sharanya: What is happening here?

Rahul: Are you alright?

Rahul: You was taking the name of Iravati and saying that she is no more because of you.

Vyom: Samridh, why did you came here.

Kulguru: Is anyone out?

Samridh: No, there is no one.

Kulguru gestures to Vyom and Vyom closes the door.

Aadhya: But now, the important thing is, who is Iravati? What happened to her? And did Sharanya know Iravati? All of us have never heard such name in our lifetime.

Kulguru: I know you all are from city and not all of you believe in reincarnation, but all these things are true.

Karan: But when Sharanya was discussing her previous birth with me, she didn’t mention the name Iravati.

The door of the room opened slightly and a shadow is shown, listening to the conversation.

Everyone is shocked to hear that.